While we were sitting in the hide at water hole  in the morning of 22th September, there a ranger who was there on his free time. Luckily Maud started to chat with this guy. He told that he was there just to see if the lions would approach and have a drink.Tthe previous morning they were there at six. Hmmm, we thought; the “gate” at the camp opens at 6am and it takes us at least 20-25 minutes drive to get to the hide, so we wont make it no where near six… Unless we leave earlier! There is no actual gate at the camp, so Maud ask what if we just quietly drive off at 5:30 or so. He looked at Maud and after a long silence said: “well… you know about the gate time, and the law is the law… but… if is it light enough you might try that!” 🙂 That was like a direct order for us. So we woke up earlier than anyone in the camp, sneaked in the car, closed the doors at “1-2-3: now!”, so only one sound was heard; if someone was awake. We left like criminals and had a good jolly mood when heading out from the camp, no one asking anything. We arrived to the hide 10 to 6am and rushed in. No one there, placed cameras ready and started waiting and waiting and waiting. No lions. Sun came up, nyalas, zebras, birds came , but no lions. Around 7 an other couple arrived, and we were a bit disappointed and started to feel hungry and thinking of leaving. Then suddenly a whisper cuts the air: “a LION” ! Indeed, 5 minutes later the  others had arrived, in the direction of the path to the parking lot, there was a huge male lion standing some 25 meters away from the hide. It was a burst of pure adrenaline and cameras were clicking on rapid fire! 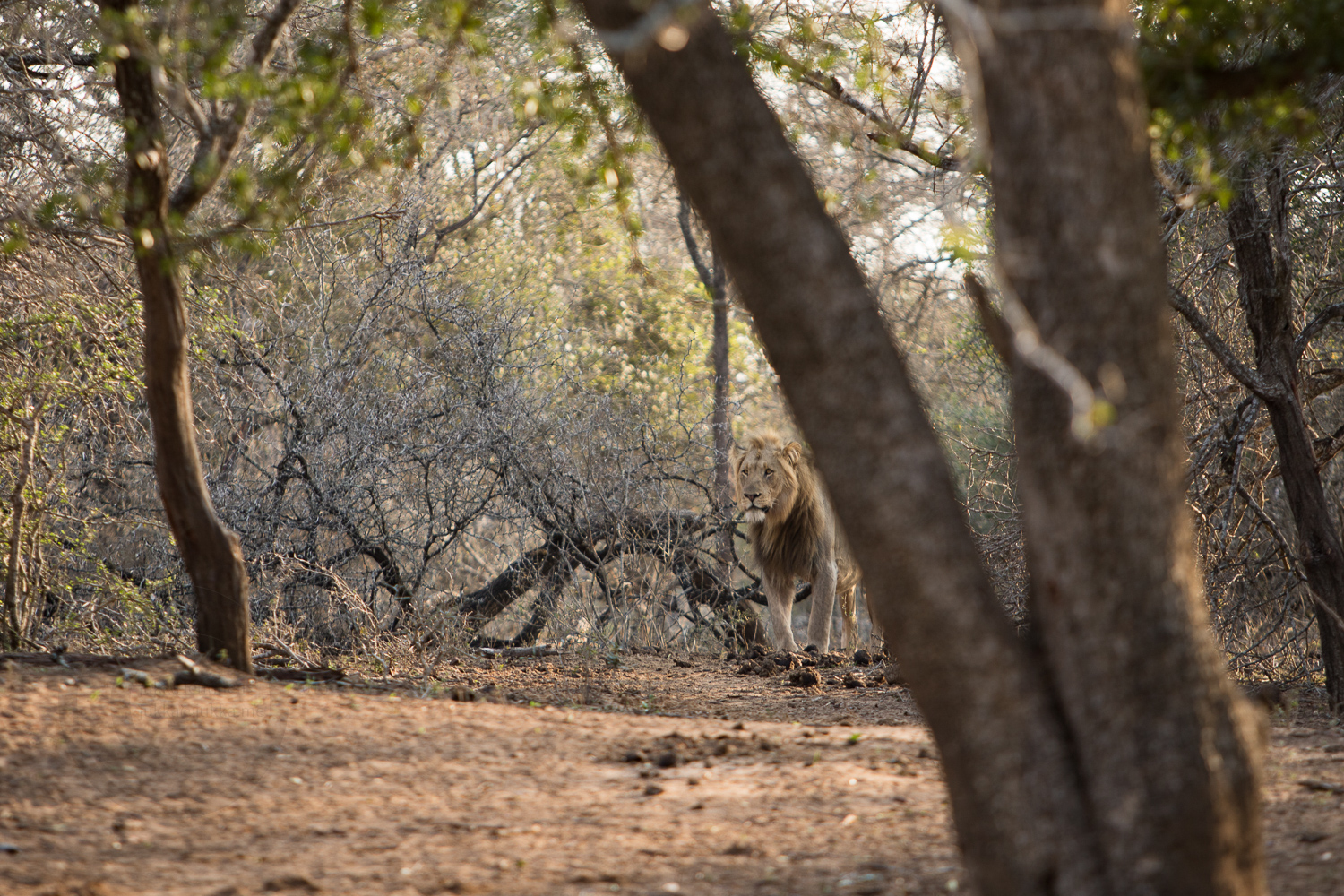 He laid down, and then we saw the female behind the bushes, stalking for zebras. If possible, more adrenaline and excitement if she was going for a hunt. And she was! Very shallow position, eyes staring at, ears pointed towards, she quickly walked straight ahead, and came behind the fallen tree,waited there for a minute and made her try… 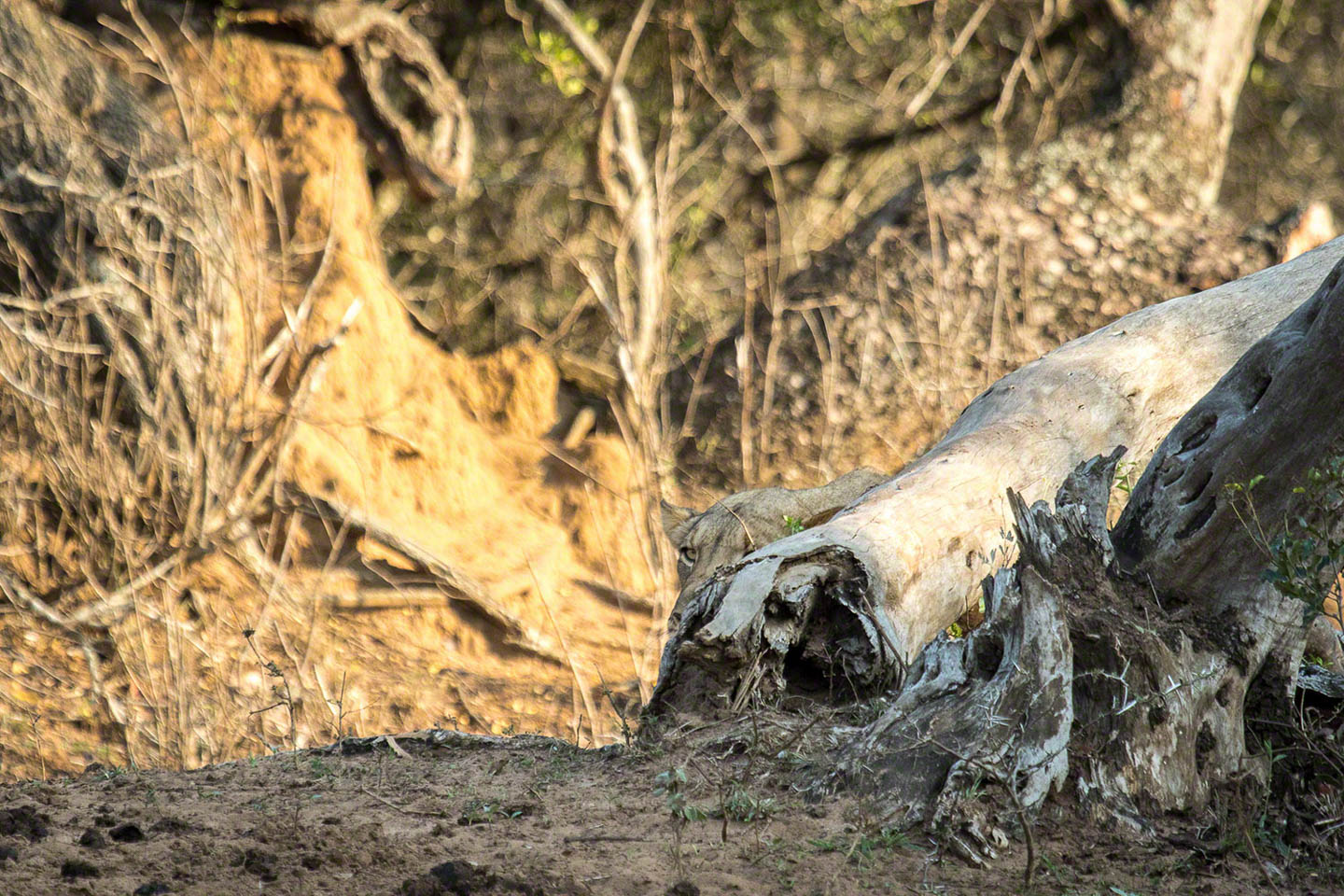 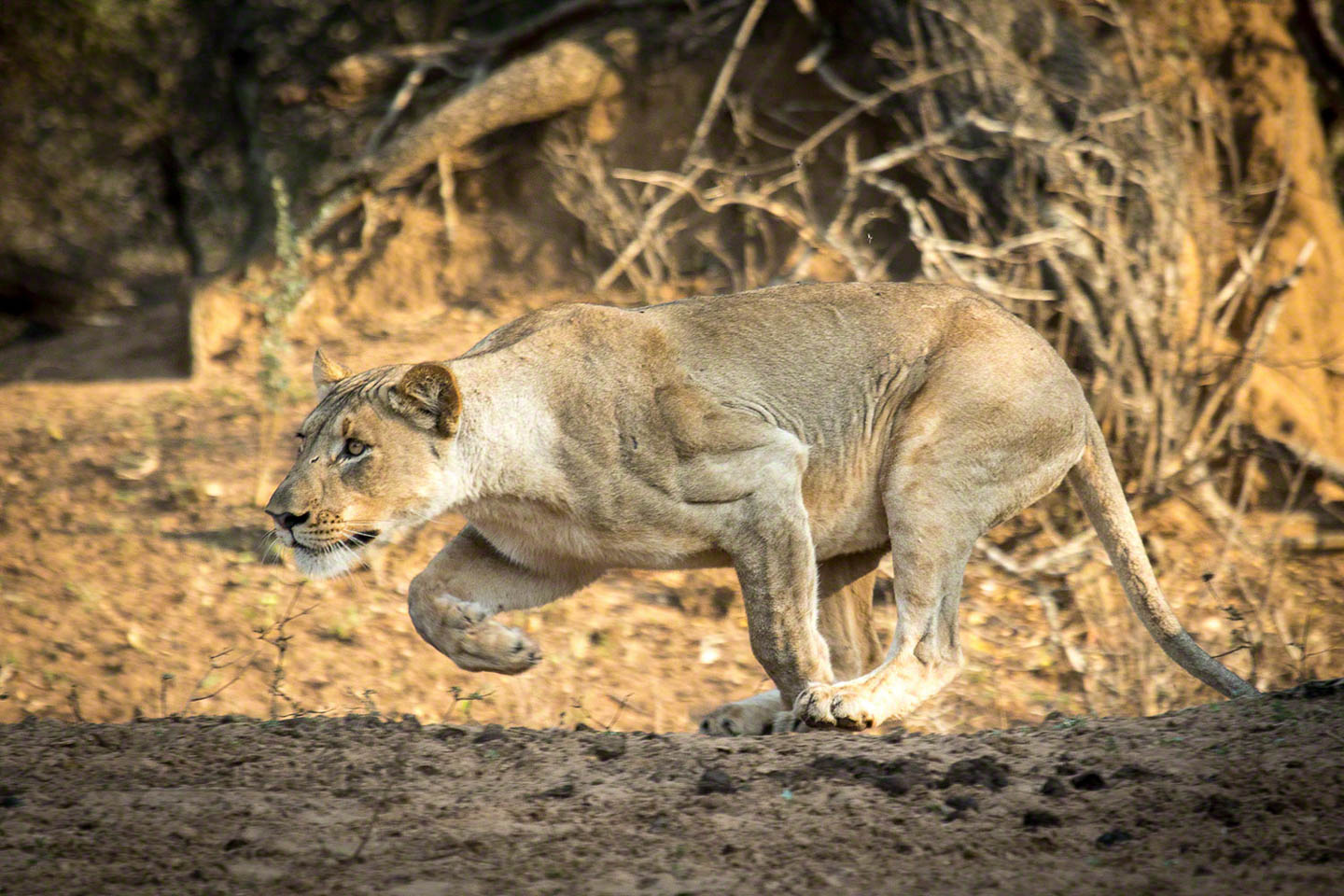 Unfortunately with no luck this time. 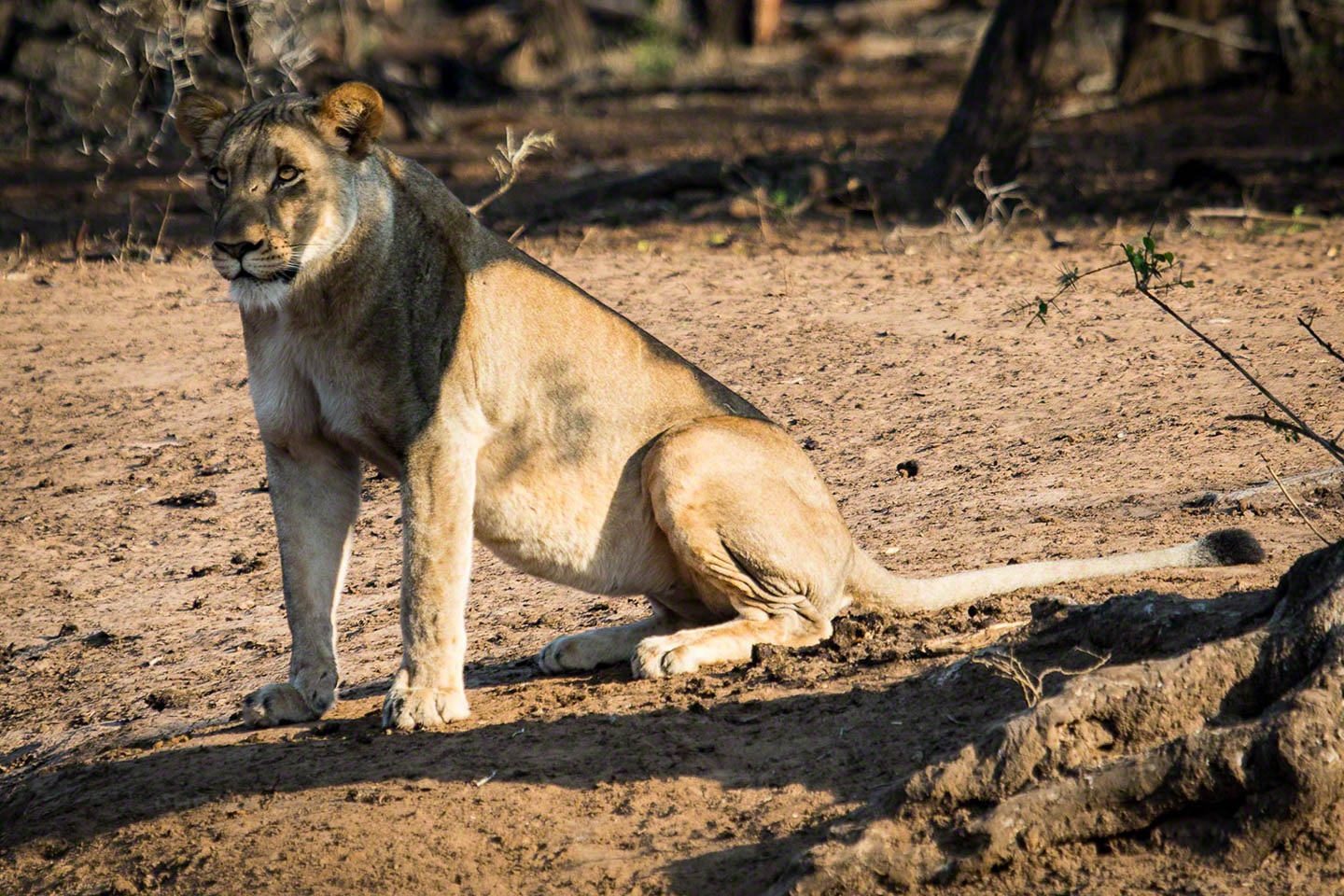 The gent stood up, walked past his lady, I swear I heard him saying “You stupid cow! why did you miss it, I am hungry!” 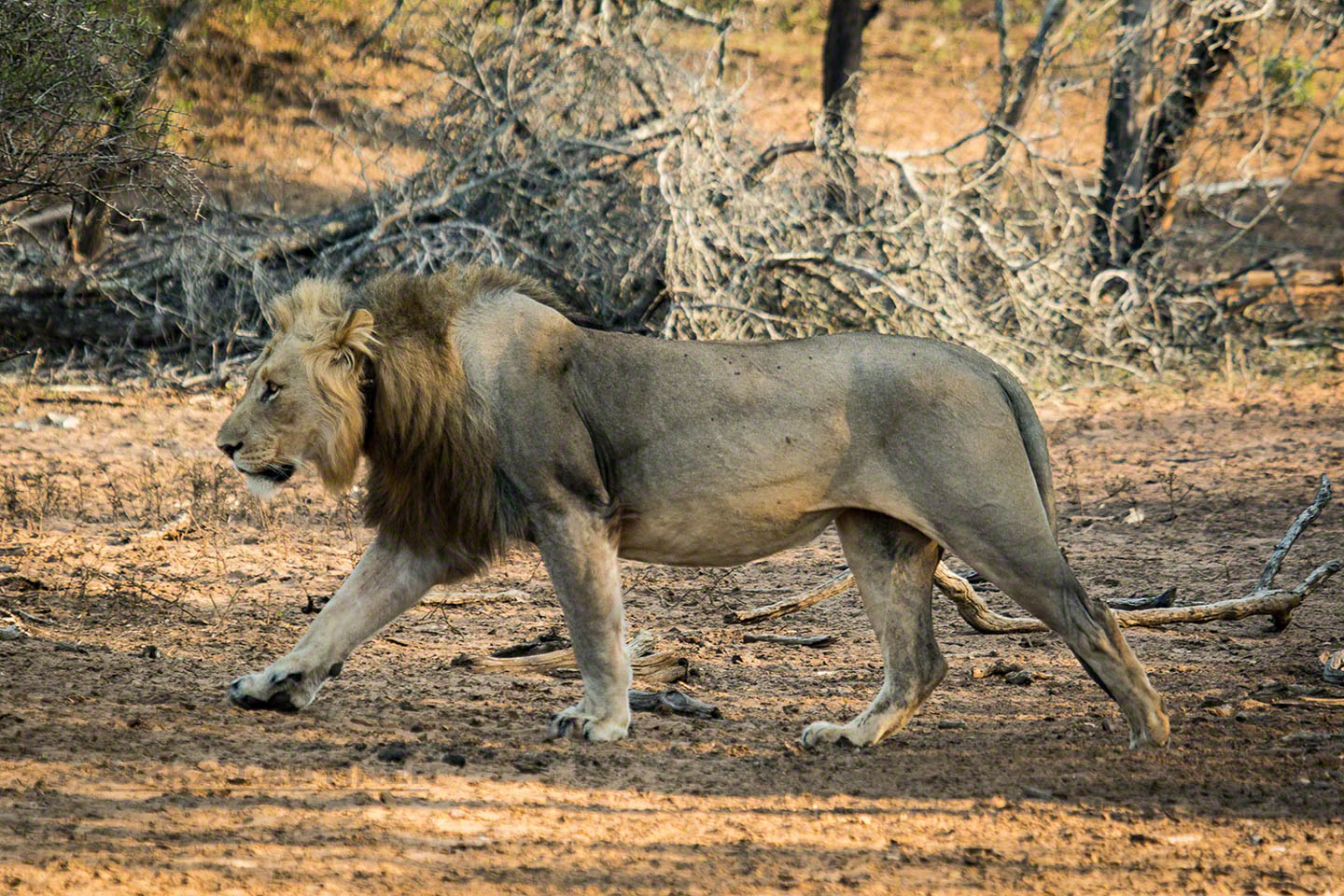 But he wasn’t unforgiving. Soon they both came to the waterline together and started drinking. And we, the criminals who left the camp 30 minutes too early that morning, we were there looking eye to eye these amazing creatures!! Can you imagine our joy, happiness, excitement, – you name it!- that we felt at that moment! 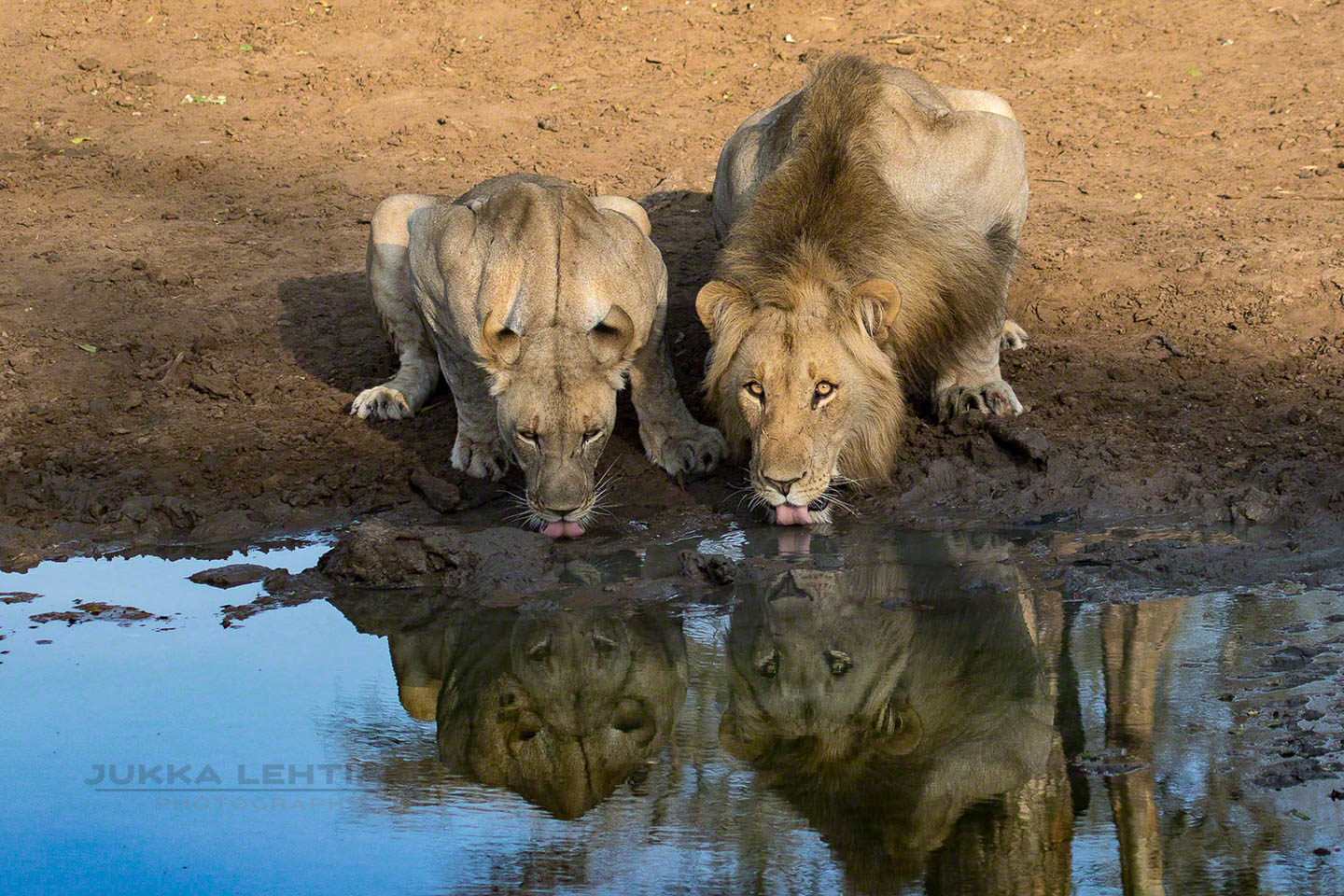 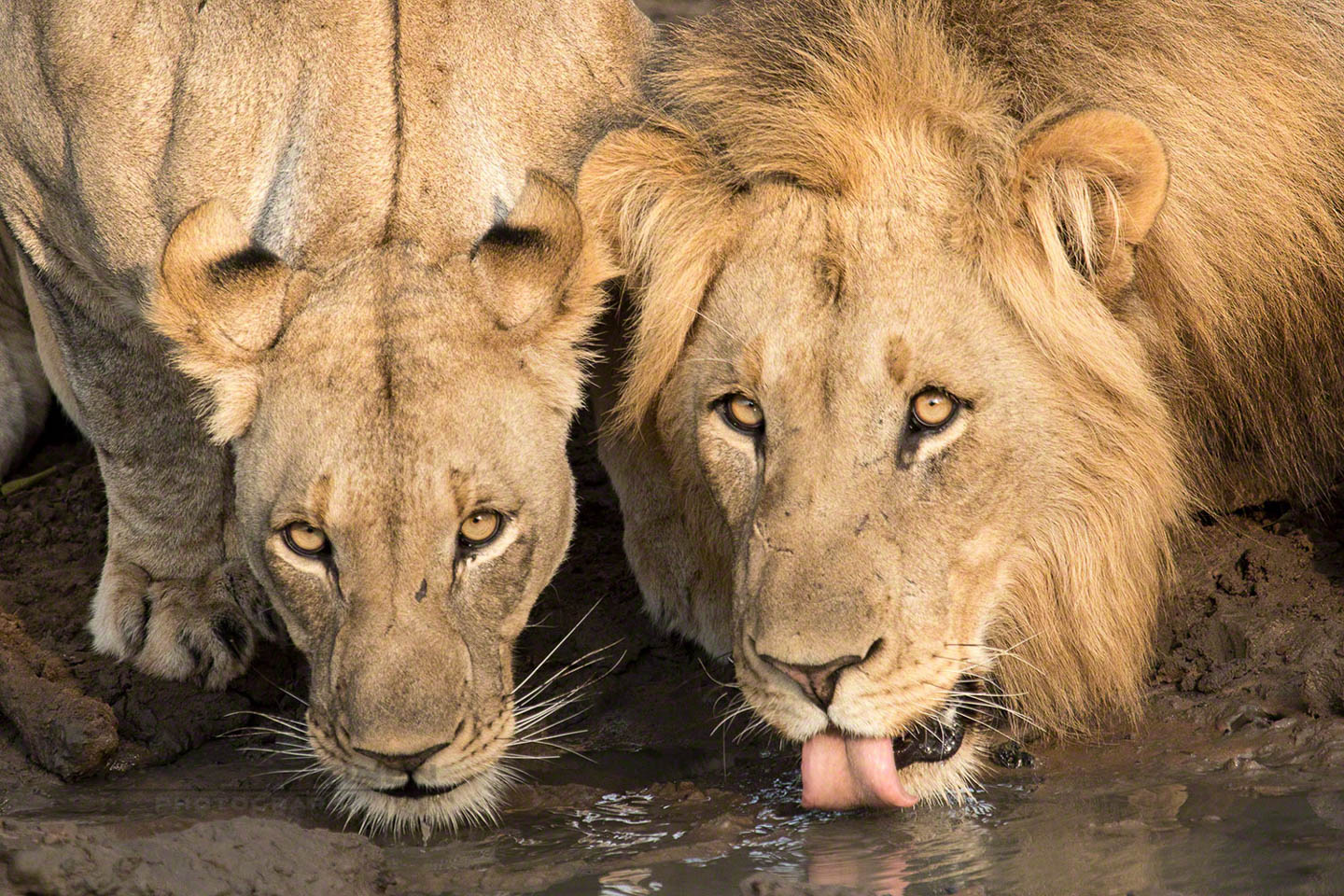 When they disappeared again in the bush, we just blow the air out, WOW! that was something very special. Happy that Maud talked to the ranger guy! Now it was time for breakfast in the camp. 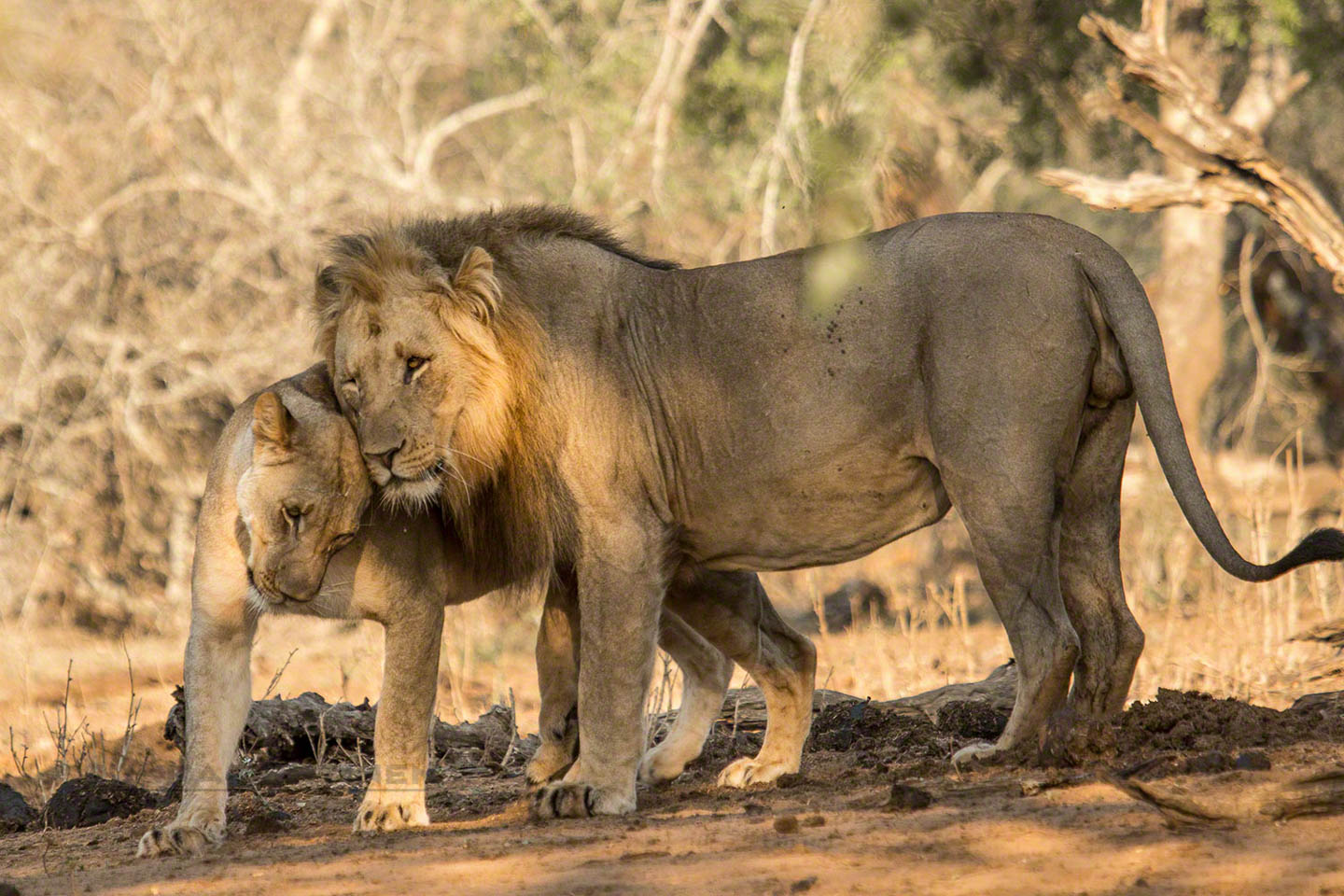 © Copyright Jukka Lehtinen 2010-2020 All images are protected by copyright and should NOT be used in any way without written consent by me. I use both traditional visible watermarking and invisible Digimarc watermarking
This site uses cookies: Find out more.