This really was a birthday for me to remember! Morning routines like usual, getting up early before sun rise, watching it on the deck of the lodge, getting all camera gear loaded to the car, and driving out from the camp minute past 06 am. At first we checked the the Sunset Dam, which is a famous watering place near to Sabie camp. We were almost passing it while I spotted alone lion stepping out from the green bush and heading to the water line. Unfortunately he was a little bit too far away for our lenses, but always nice to start your birthday  with a lion :)! 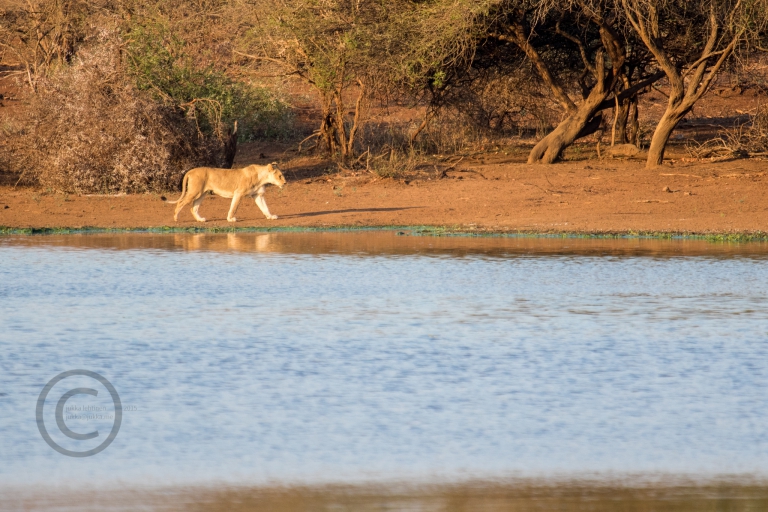 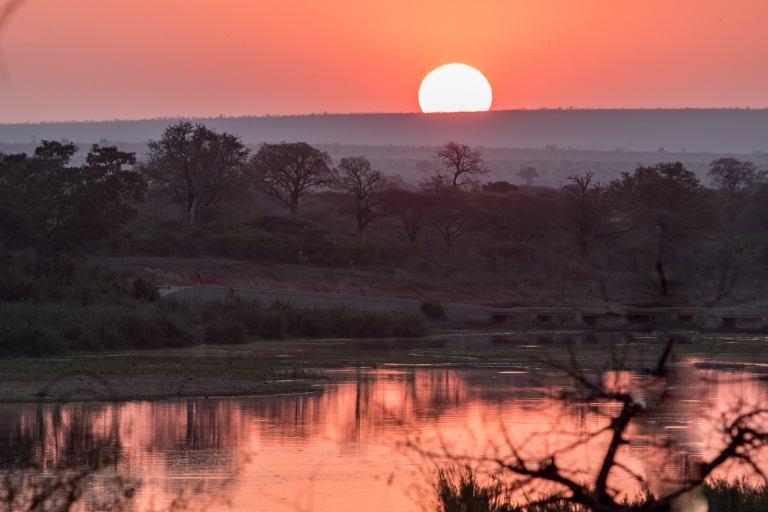 From the dam we continued over the bridge to the other side of the Sabie river and took a dirt road. There was an other vehicle in front of us, and Hans was about to pass him, but some elephants appeared to the side of the road, so we stopped and  waited them to move further. In the mean while this vehicle ahead of us wasn’t interested in ( or didn’t respect) the ellies and disappeared in the dust.
When we had been driving a few minutes Maud spotted something which showed up to be a honey badger! It was on the move jogging with the steady pace to the direction from where we had just came! No time to turn to car, but Hans really did an excellent job on reversing (with quite a speed!) the car so that we were able to take photos. We backed at least half a kilometer, luckily no other cars around. The badger stopped jogging, and started to dig the ground, Hans crabbed the binoculars, while we shot with cameras the honey badger in the dust cloud. Then we just heard Hans speaking to us:  “ok.. I see it,  it found something! …it is fighting.?. with something…?!  whatta hell it is?!?.. wait! ..now its coming to the sight! Holy shit! Its an AARDVARK!!”
Now I need to confess out loud! 🙂 At that moment, I really had no idea what kind of an animal is an aardvark, but from the excitement I understood that this must be something veeerrry special! Yes, an aardvark is the animal usually no one sees, because it lives under the ground and comes out only during the night in the darkness. And now there is was: in front of our eyes , with a honey badger, which aint that common to see either in the daylight! Obviously the badger dig the aardvark from its borrow but otherwise they were not interested in each other.  After some 10 minutes the honey badger moved on and the aardvark went back to its nest. We were totally astonished by the sighting, so only thing to do, was to have b-day breakfast at Mug’n’Beans. I guess we’re the most loud customers that morning, because we were so happy and full of excitement and joy. Maud posted image to a Facebook group about Kruger park sightings and we got plenty of envy and happy comments on that one… 🙂 And we actually won 3 nights accommodation in South Africa with the image, too  ! 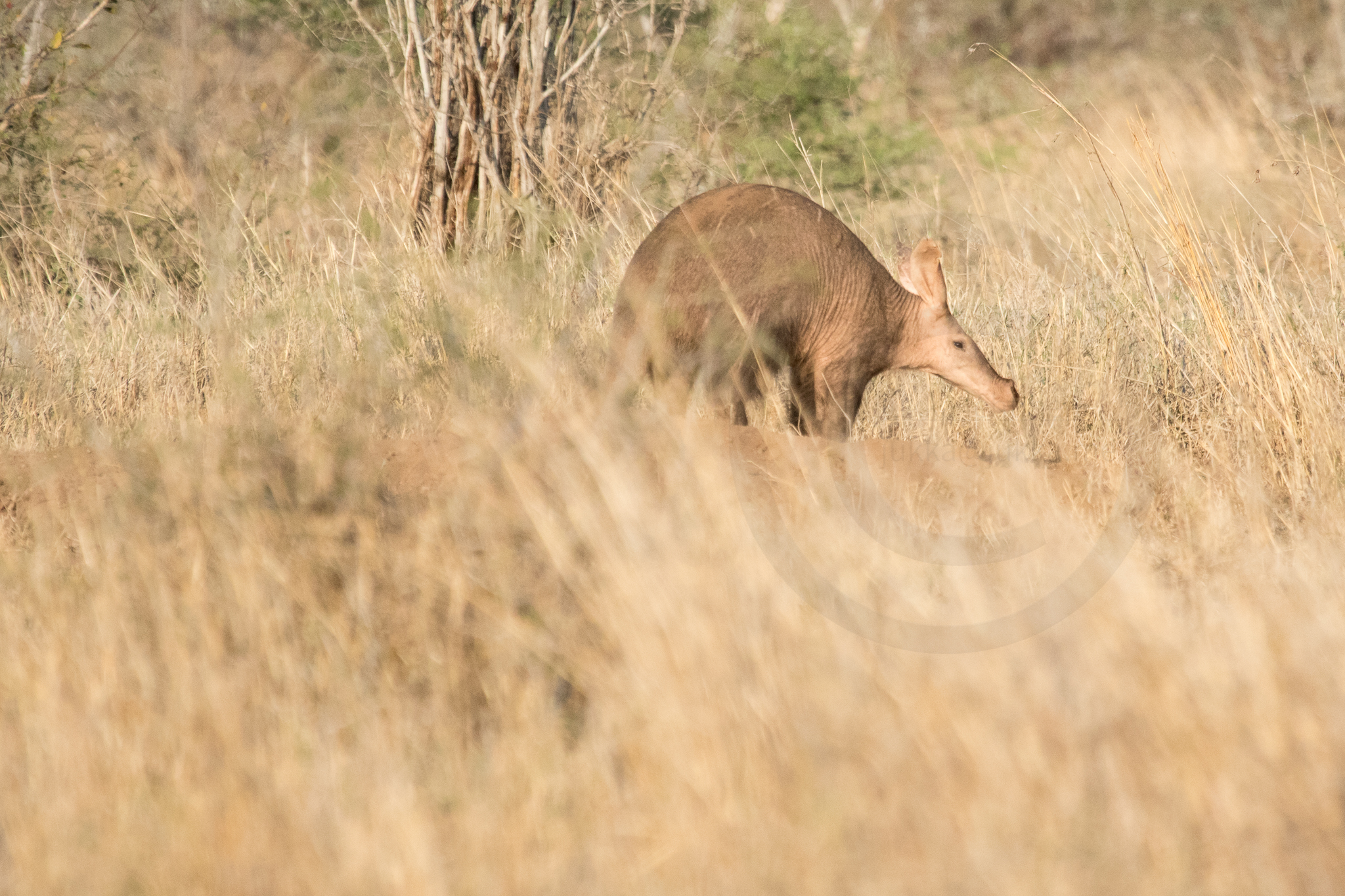 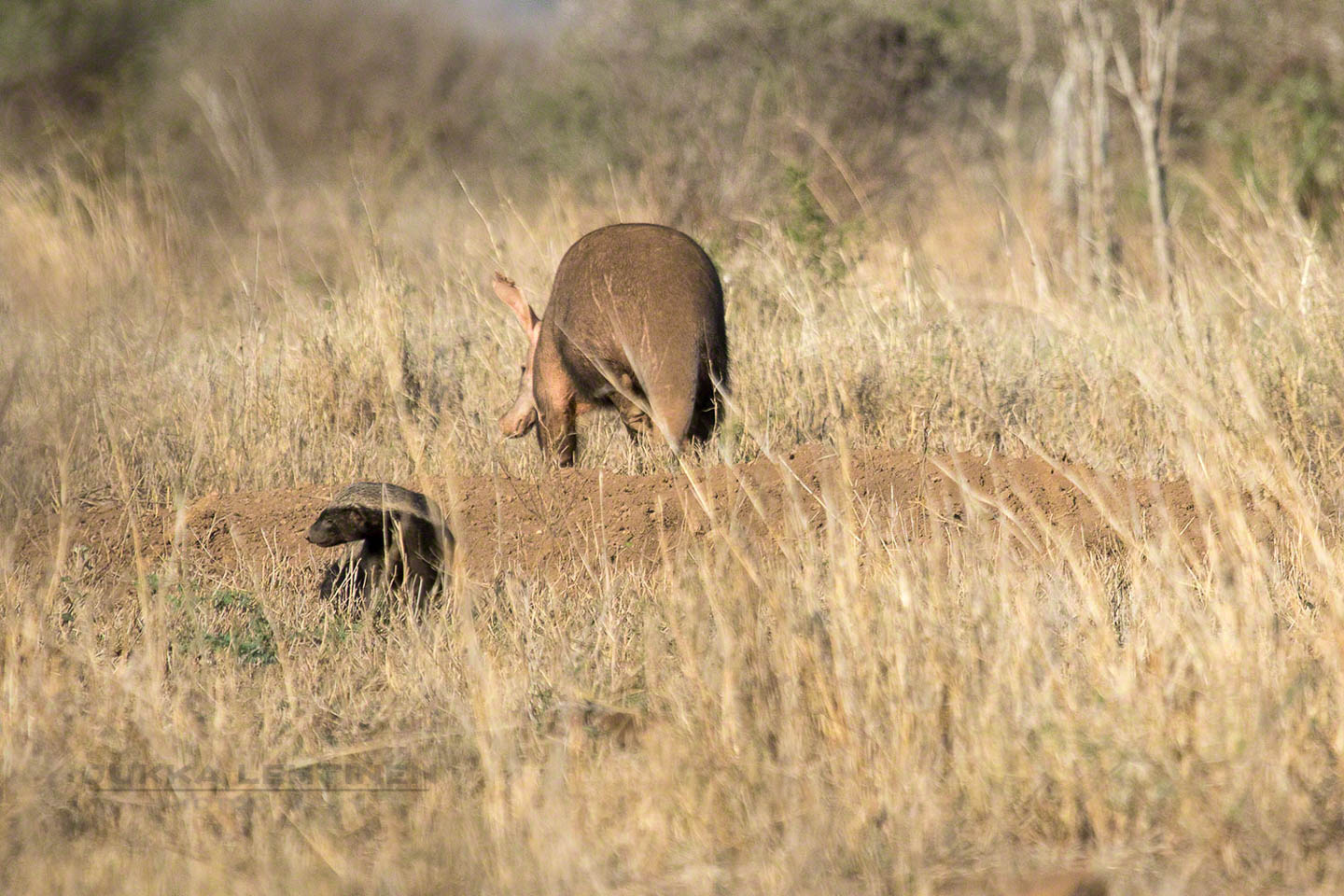 It was a marvellous birthday indeed! ! Before we checked in to Satara camp in the evening for the next 2 night, we had seen a cheetah,a leopard in the tree, some more lions, a lion hunt, few ellies, something to mention. 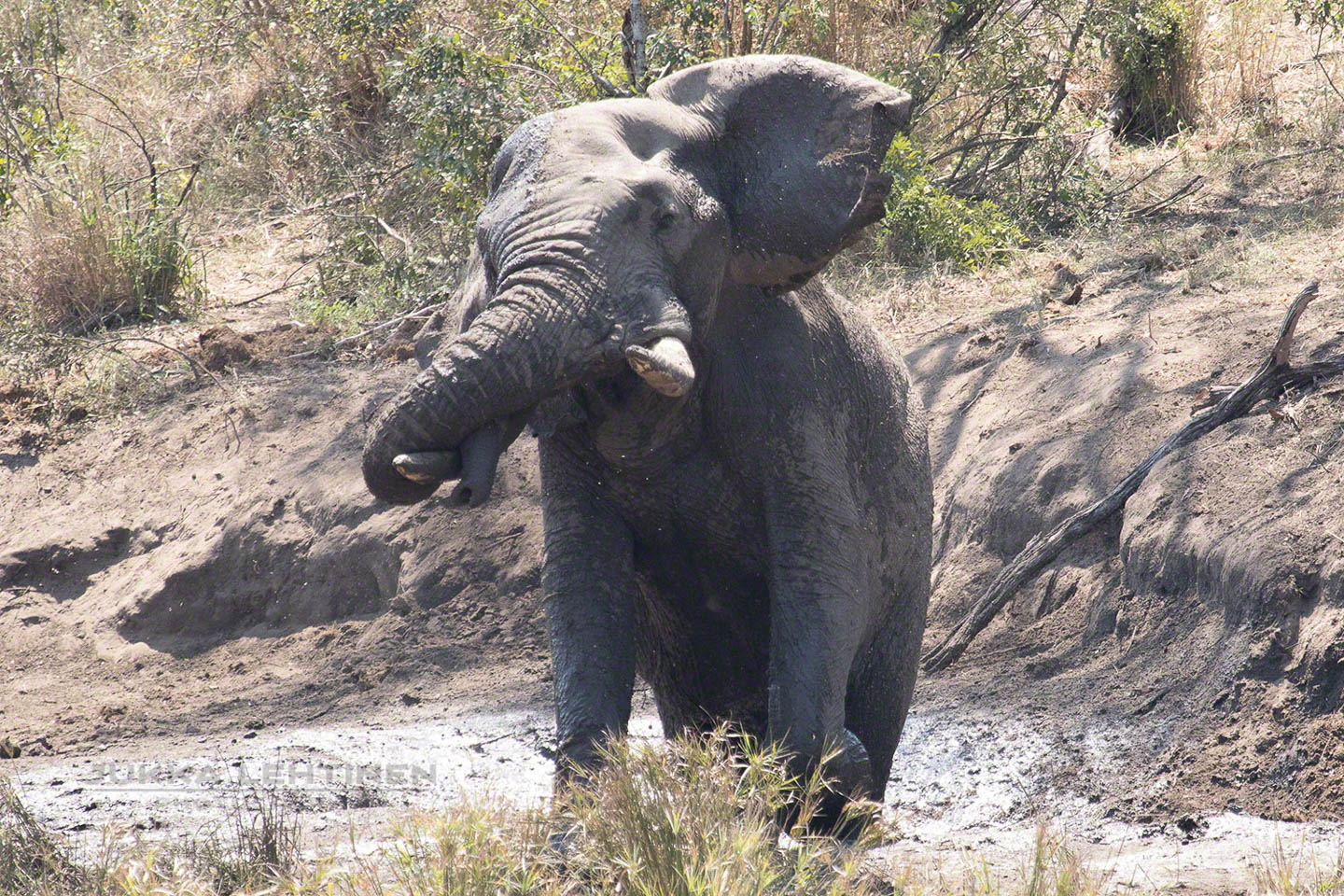 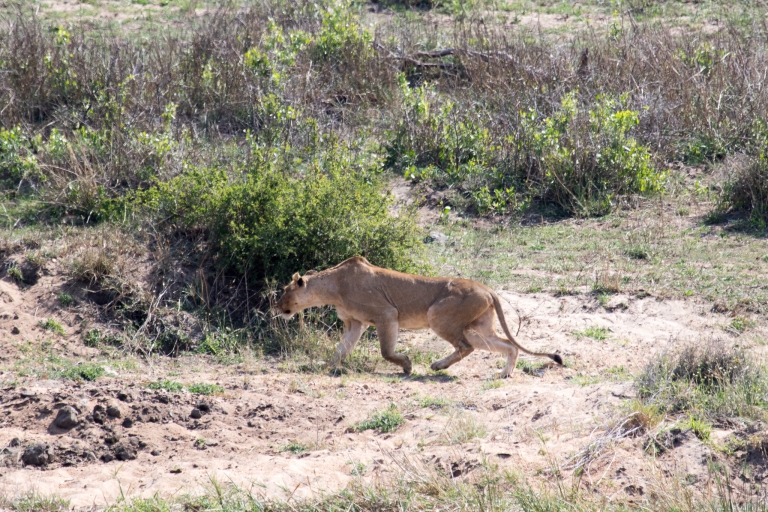 Lions hunted down a waterbuck 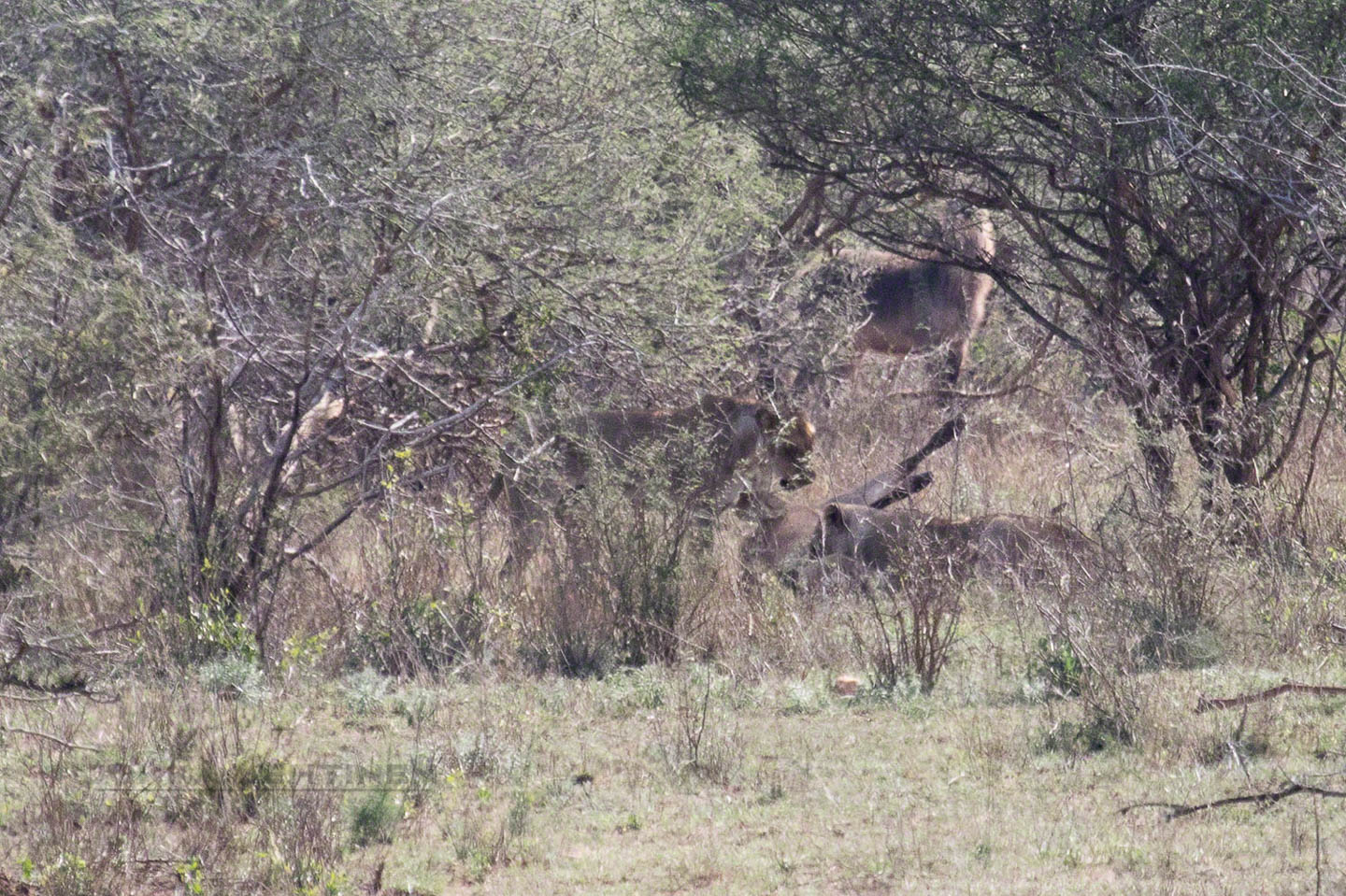 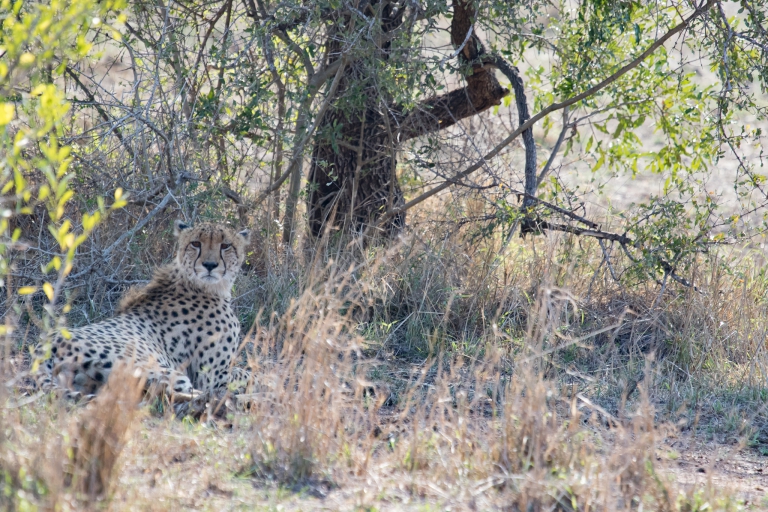 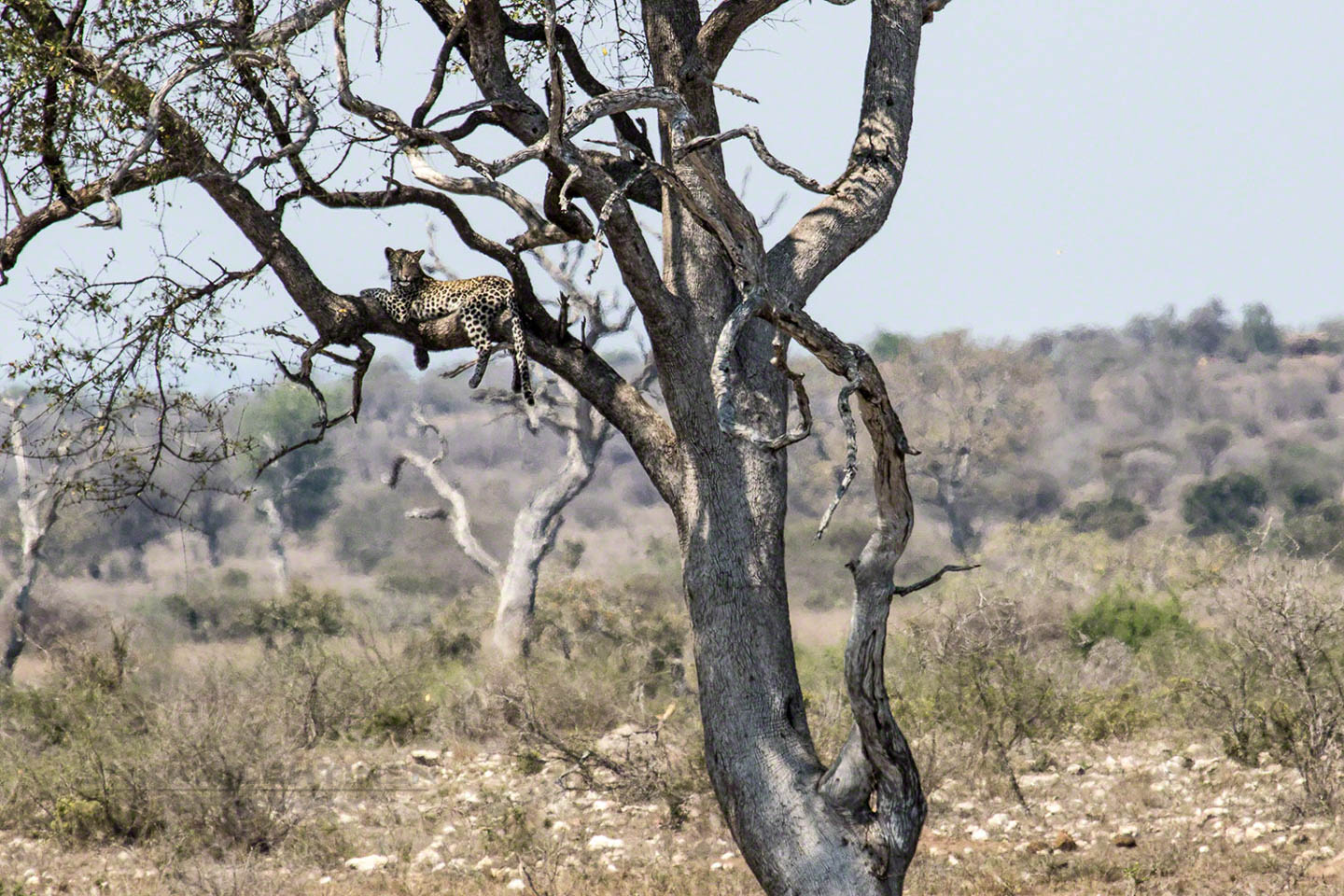 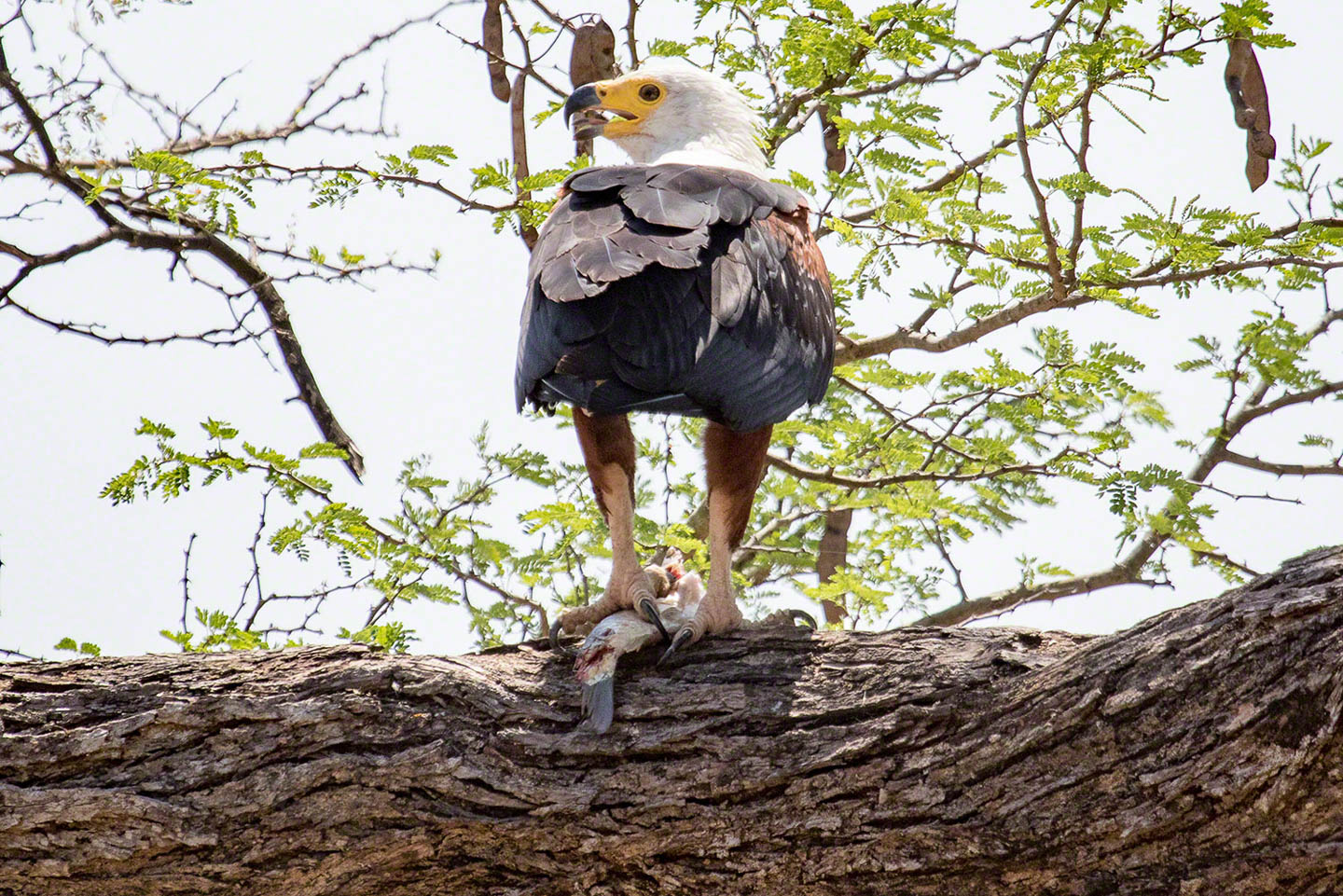 Fish eagle with a fish 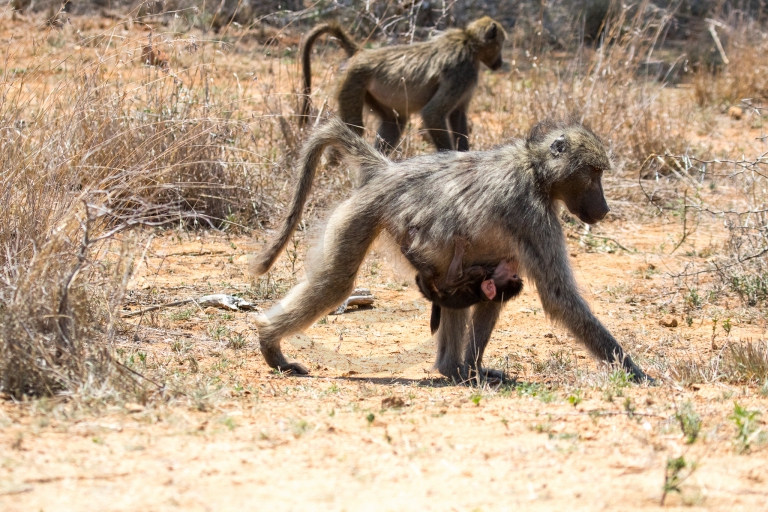 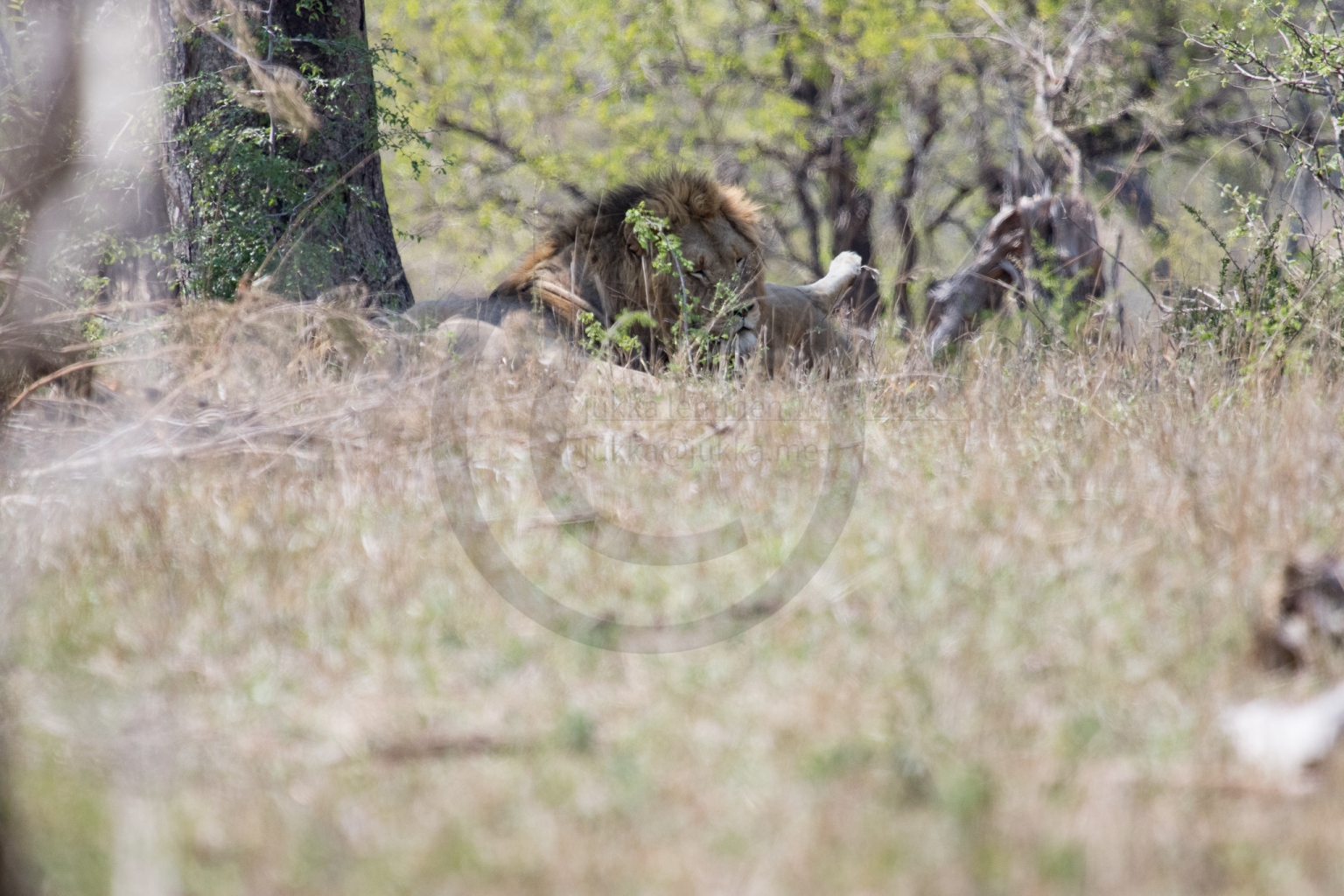 Mr Lion with his lady

So @Jenny : This was the day and sightings that are pretty damn hard to top…. 😉 ( thanks for reading this far, again! 🙂  )