Satara in one of the main rest camp in the Kruger Park. There is a pretty large groceries, restaurant, shop and fuel station as well. The bungalows are in circles, which obviously have kind of logic, but some how every time we needed to concentrate to find back “home”. Our bungalow, which accommodates 6 person, was lately renovated, clean and tiny, all well. Both evenings we had dinner in the restaurant, the staff was friendly, but unfortunately not all the meals were available, because there had been a rugby world championship game the previous night, so they had had 150 customers more than regular evenings. And because this is Africa, it sometimes takes time to get all the suppliers  Anyway the food was tasty, beer and coke cold, so nothing to worry. On our “full day in Satara we headed further North and visited also Olifants camp, just to see on how beautiful place it is located. On the hilltop, over looking the Olifants river, restaurant deck on the edge of the hill. Next time (!) I think this camp will be on my list. But we were there not for camps, but animals, which we were lucky to spot.

We started with just common buffalo, but then a great sighting was hyena with puppies, who had a nest underneath the tar road. They were curious to see the world, but stayed very close to nest and mommy. They were all still quite relaxed with all the audience and vehicles, played around or laid next to the road. 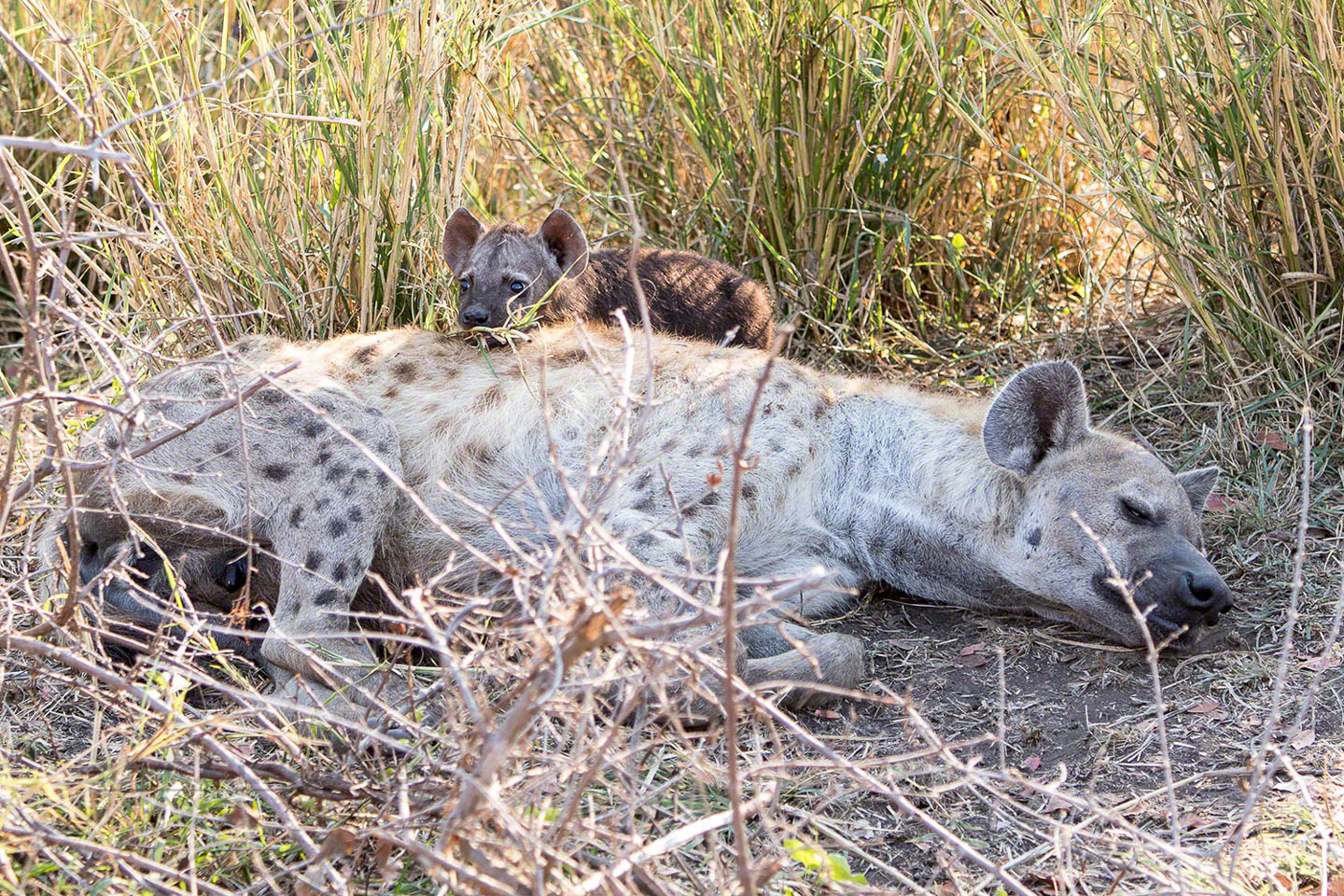 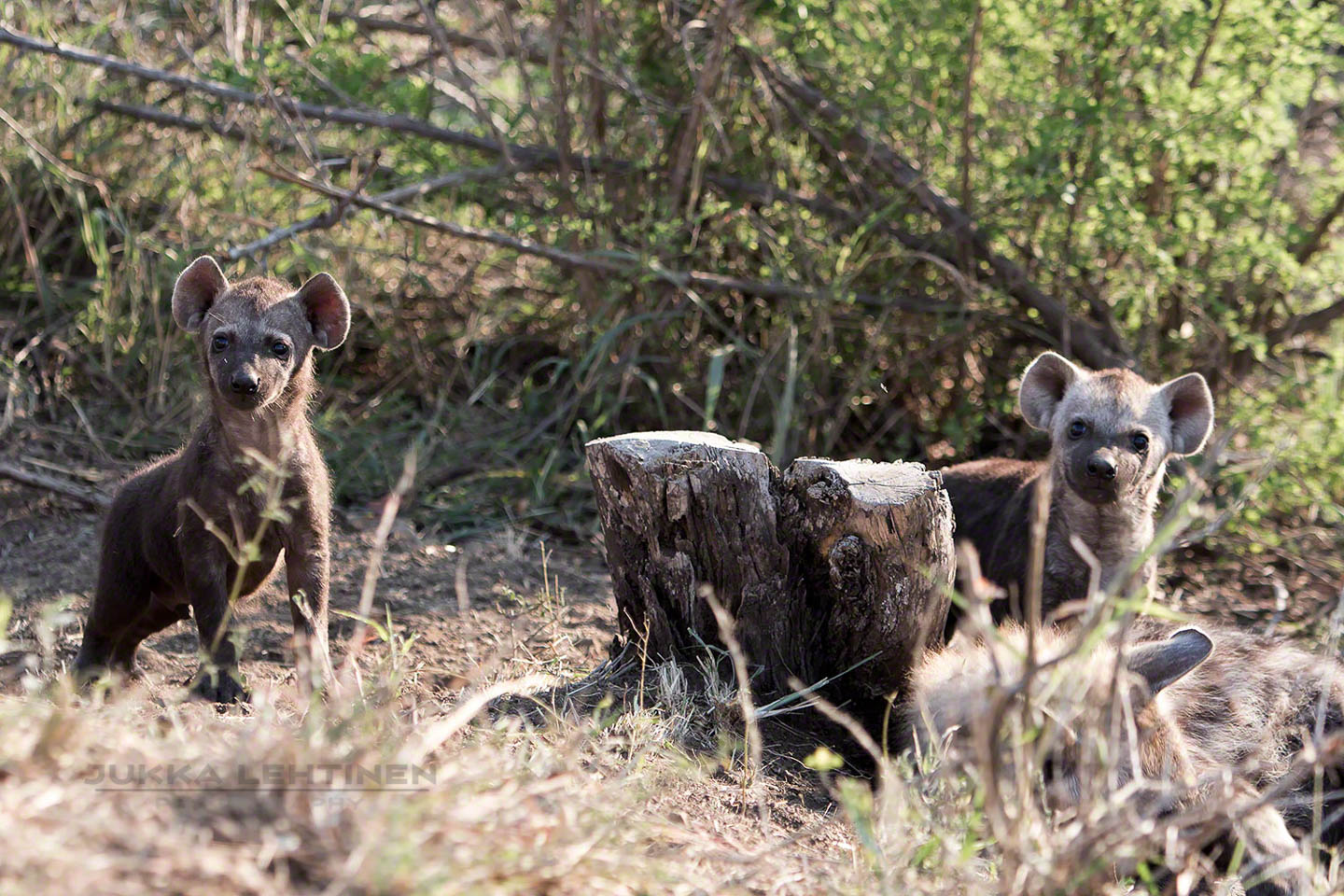 And then it started: Lions, lions and more lions 🙂 Total of four (4!) different lion sightings in six (6) hours, not bad, huh?! Some of them were in deep and dense bush, but then to compensate, some nearly bumped into the car. Remember: there are plenty of people who visit Kruger park and do NOT se one single lion! (not that I am bragging :)!