Talamati was a truly diamond or a hidden secret among to the camps we stayed in during the whole journey! As the name tells, it is located deep in the bush, some 15 km away from the tar road. There is only 15 accommodation units in the camp, and the area of the camp is also pretty small. There was no cell phone signal, so no Twitter or phone calls back home these days. The specialities of Talamati are two hides that offer excellent views to waterhole and to the water tank. The huge  concrete made water tank is not that photogenic in the pictures, but it doesnt bother you when you see how much the animals long for water during hot sunny days. And next to the tank there is small pond of water and it is also illuminated during the evening and night. Unfortunately there are many bushes by the water  which could be easily to cut down by the staff, to offer much better photo opportunities to the waterline. But it was nice to relax and just sit in the hide and wait for animals to approach. In the first evening there were plenty of ellies having a drink. Those were splendid to watch, but somehow pretty difficult to photograph, they were so many and lots of things were happening all the time. Framing wisely was the tricky part, trying to isolate something interesting into the frame from a large, wide, grey and moving wall of elephants. 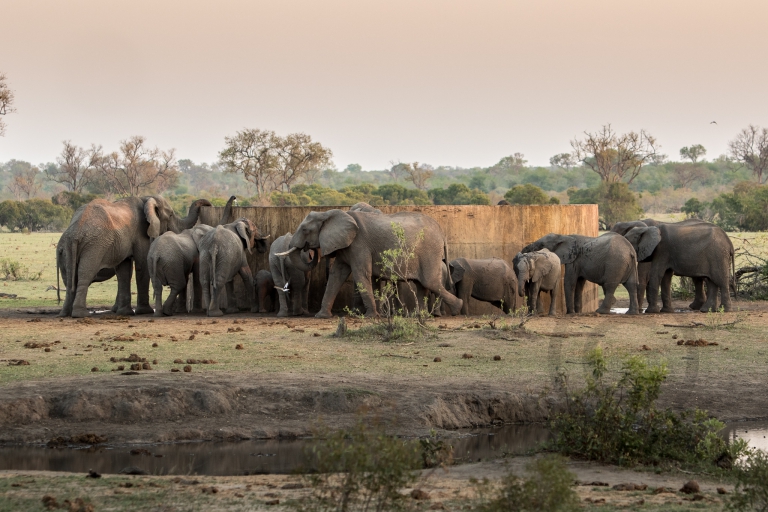 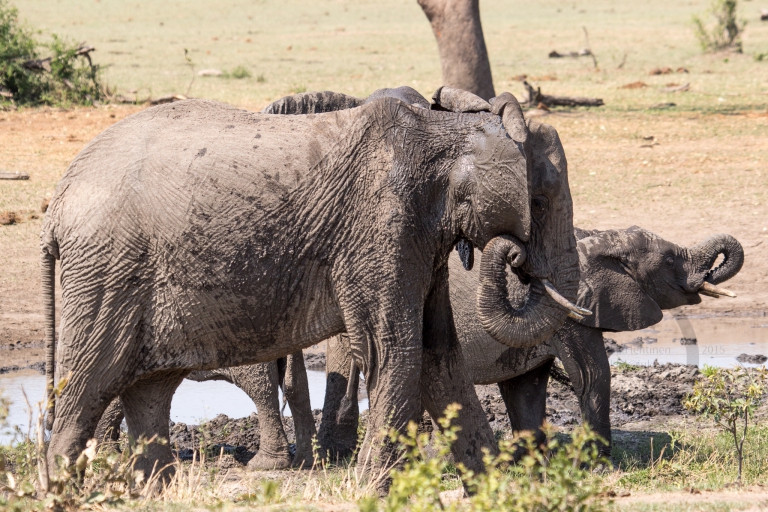 In the mornings before the gate was open and evenings we sat in the hide, but during days we left the camp and made a few game drives around the camp. The most kilometres were totally empty of wild life, but the temperatures were closer to +40 degrees of celsius, so no wonder. Even if we had already been extremely lucky with the over all “results” and sightings of animals, wild dogs were missing on our wish list. Maud had found out that many times there is a pack been seen relatively close at the area of Orpen gate and junction Talamati road. Both Talamati mornings we were searching and hoping to see the dogs, but not a tail was found. I think that they want me to came back in Kruger on other time, that can be the only reason they didn t show up…;)

But one morning we found a massive traffic jam! Silly me didn’t take any photos of that, but anyway, there were at least 20 vehicles when we got in the scene.  And even if it was so crowed, again Hans managed to manoeuvre us almost to the  best spot of  a lion kill of  zebra. There were 4 lions at the kill, but very soon 2 of them moved of, but 2 stayed and continued their breakfast. They had dragged the zebra inside the bush, so it was not easy to take decent photos, but luckily the camera autofocus reads well black and white contrast of the zebra through the green bush. And despite that we didn’t see the actual hunt or kill, we felt lucky to witness this party. 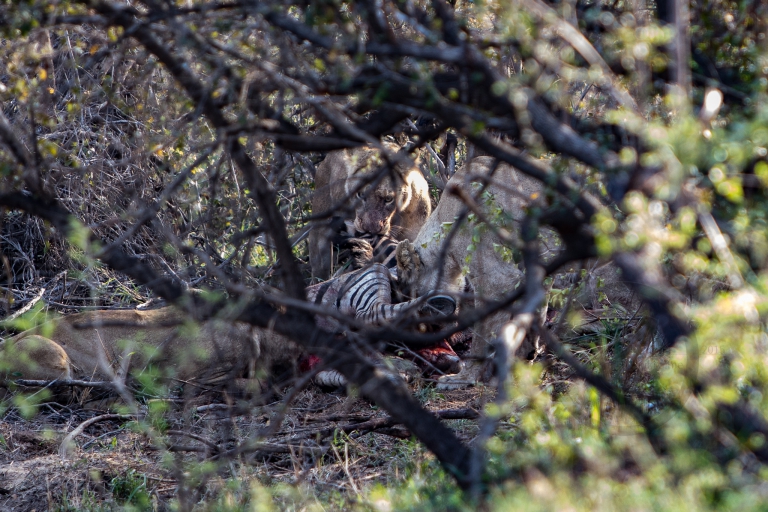 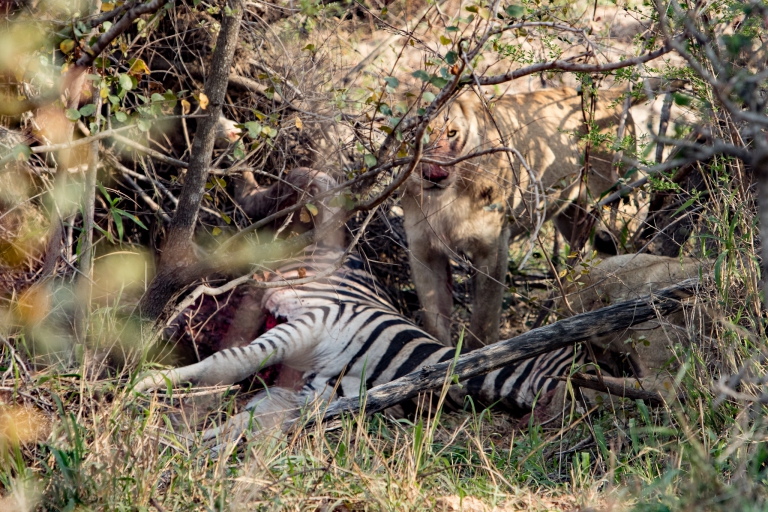 Back to the camp and to the hide. Zebras, giraffes and elephants: those were the main ‘customers’ at the water hole. 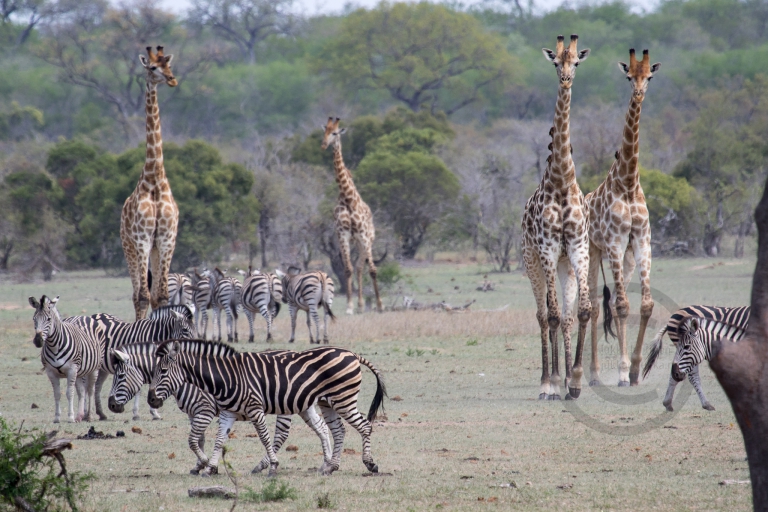 Then at the last evening of my African journey the weather started to change, heavy clouds rose from the horizon, we even saw some lightning very far away. And then we noticed that a peculiar cloud was kind of getting nearer to us, and after a few minutes the first buffalo entered the scene from the bush. It was amazing to see how the herd came closer slowly, but when the first started to really run for the water the dust cloud got higher and higher. Some people in the hide told they counted 300 heads, well who knows?  Maybe more or maybe less, but plenty anyway. When the buffalo left we noticed that the water level in th pond had  got down many centimetres, so they were thirsty, indeed! 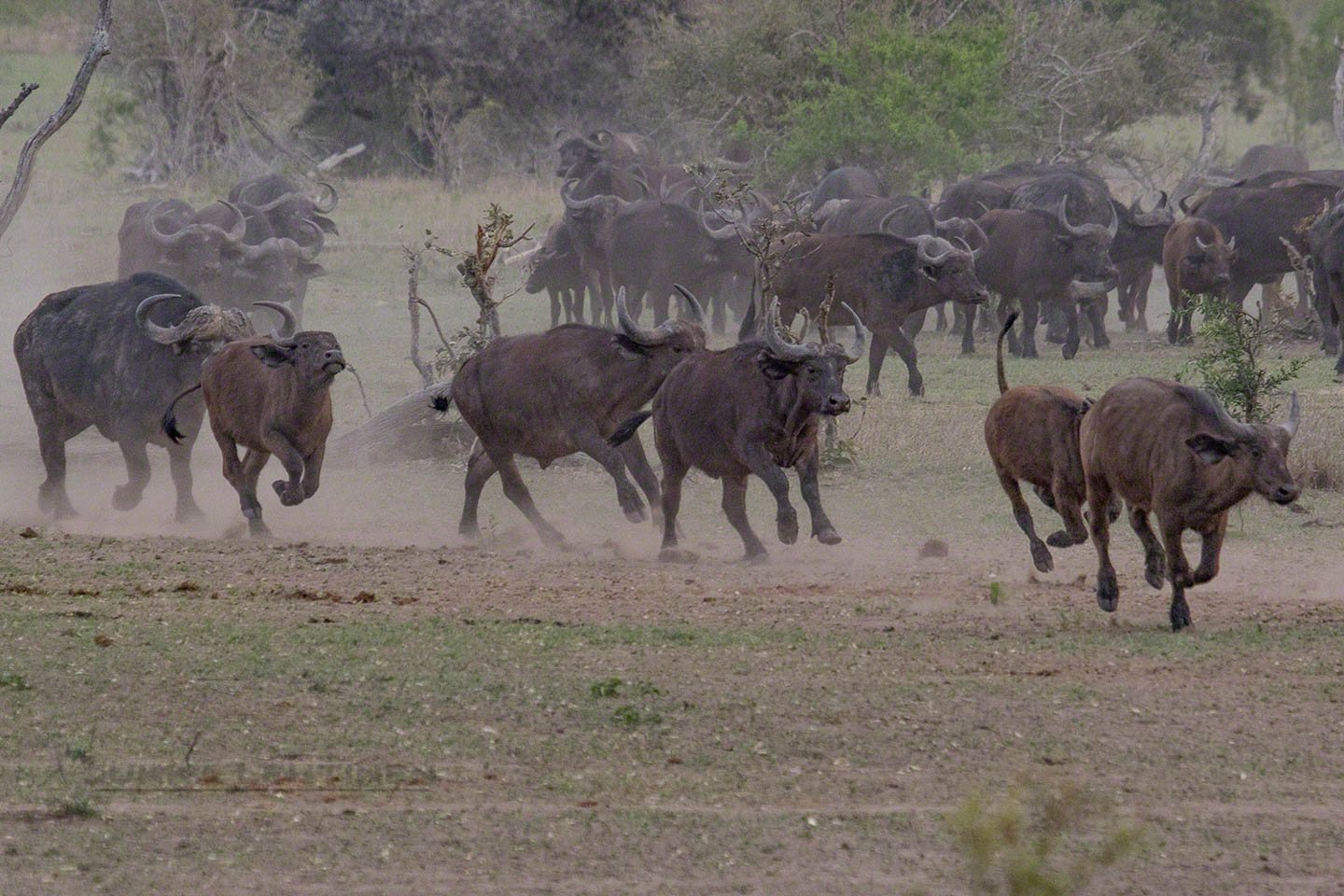 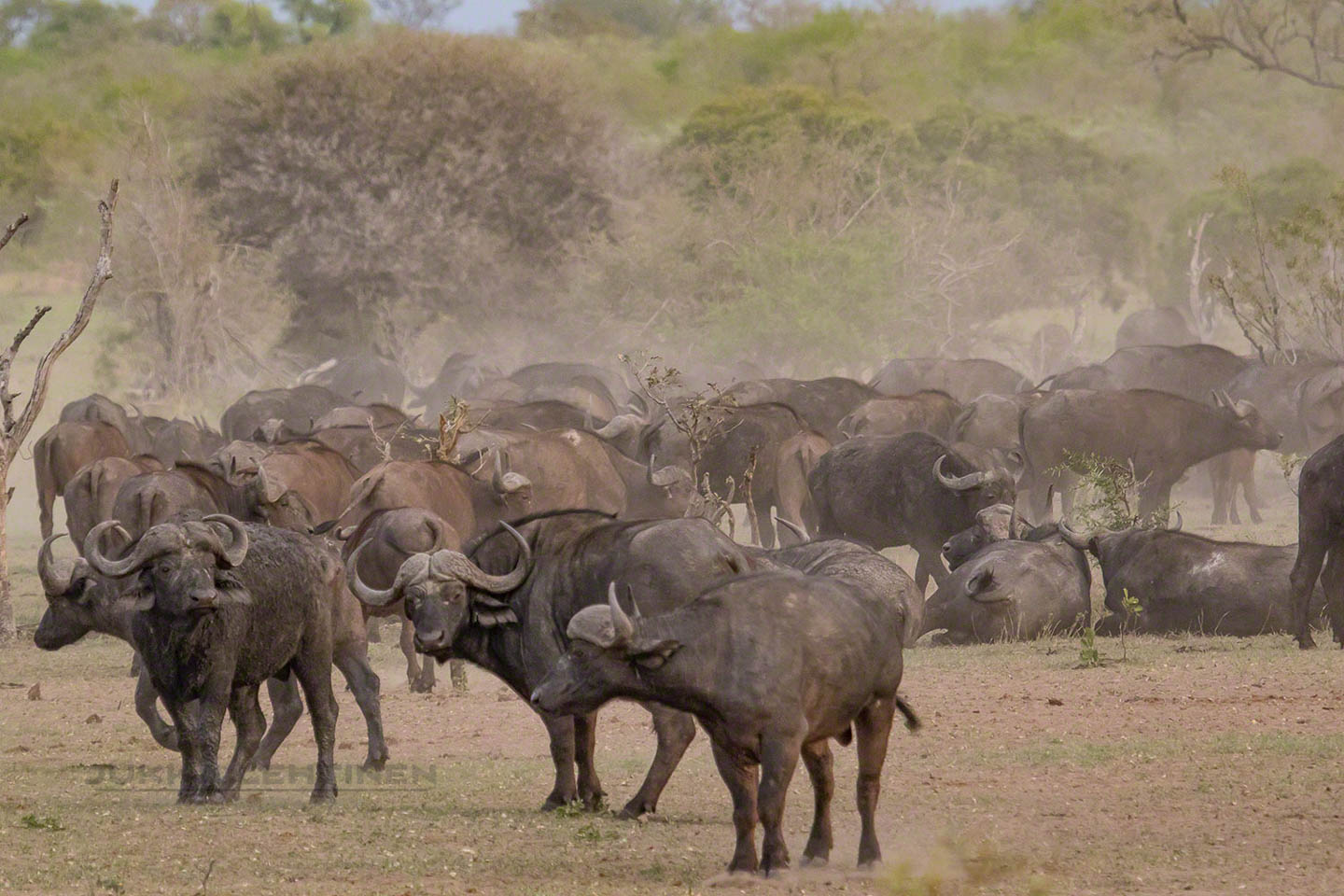 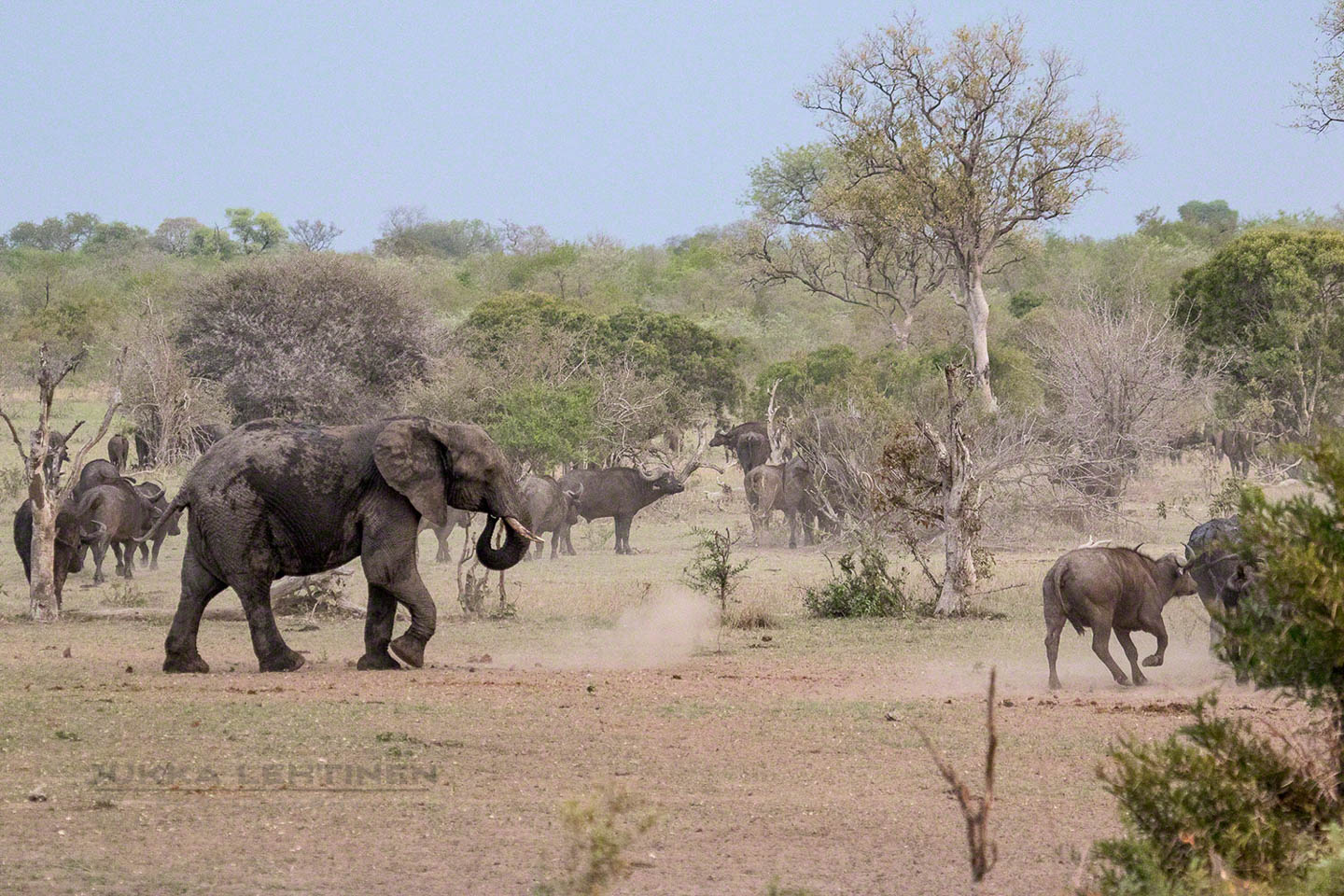 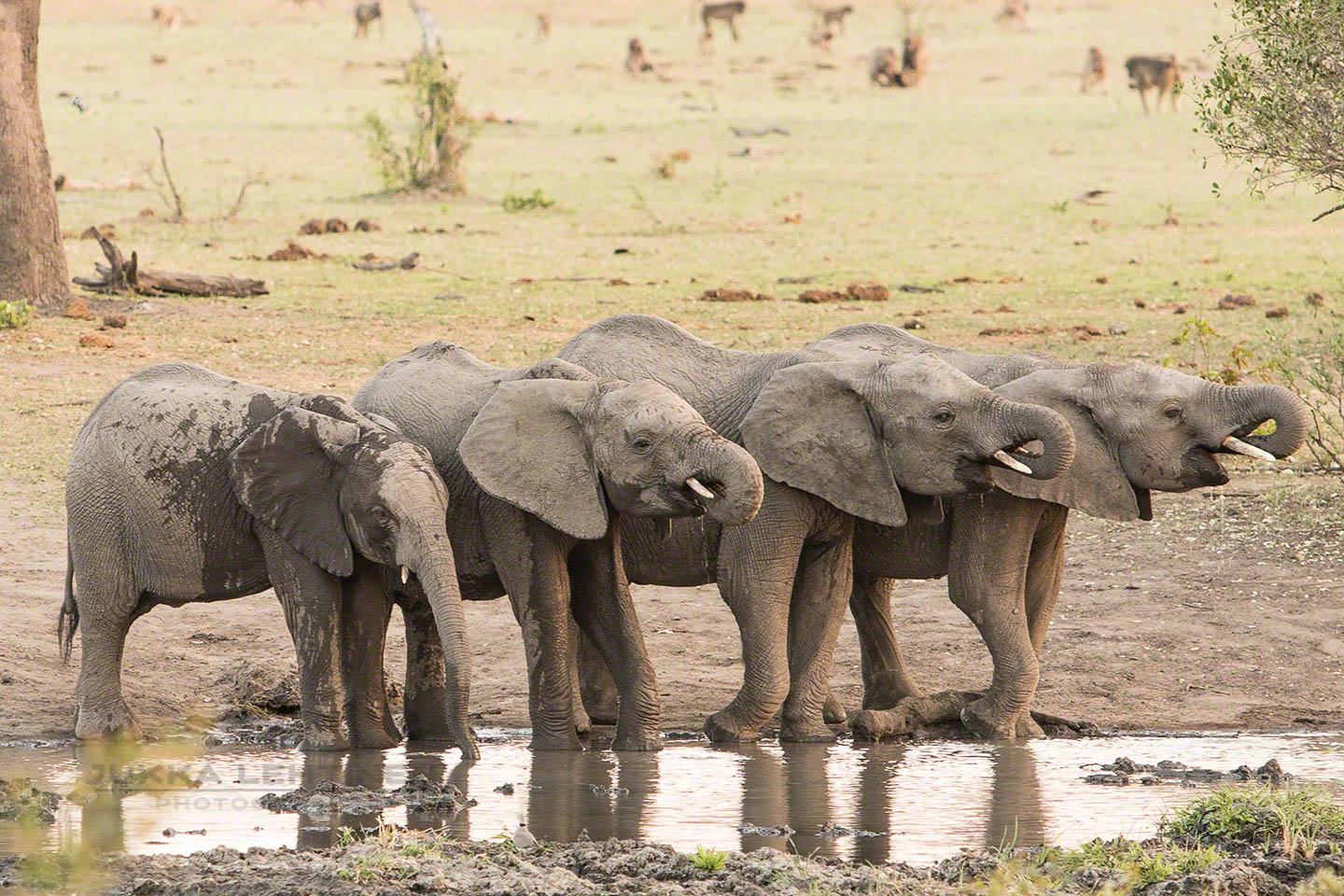 This was really fantastic show on a bitter sweet evening; the next morning it would be time for home trip. BUt we didnt feel totally blue about that, because for me wife Sari and doggie Giusto were waiting and for Maud and Hans doggie Raya ( and a new born puppy Keyah in  Norway). The thunder storm went pass Talamati so we enjoyed the clear skies and had the last braai (bbq) listening the baboons in the tree next the fire. And we made some nice night photos of milky way as well. Before I fell asleep I felt totally unreal; now this journey is turning to the final leg, the journey we planned 3 years. Is there life after Africa?! 🙂 I have been able to experience the most amazing things and sightings, seen so many fabulous animals. How lucky I have been to travel over here with marvellous friends. Thank you Maud and Hans for making this possible! 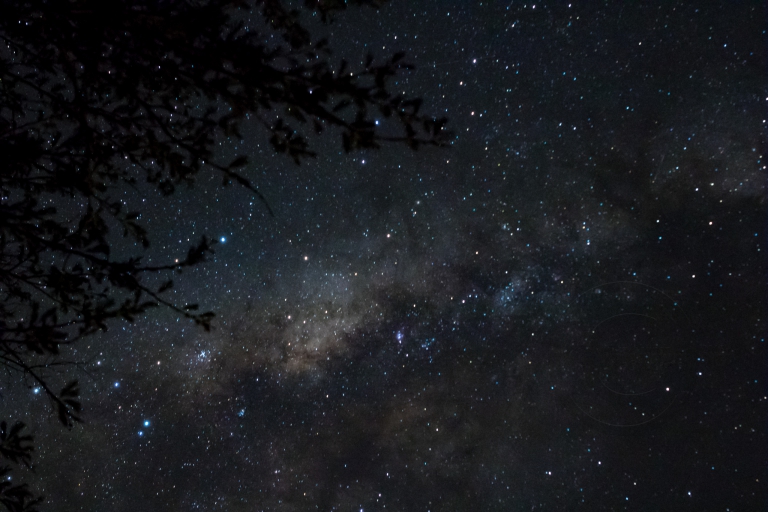