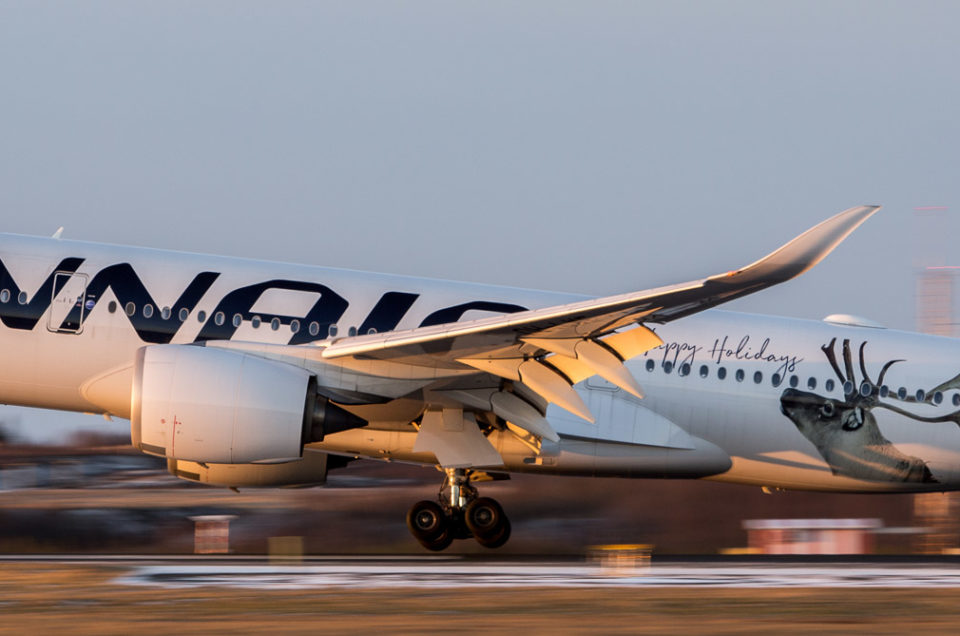 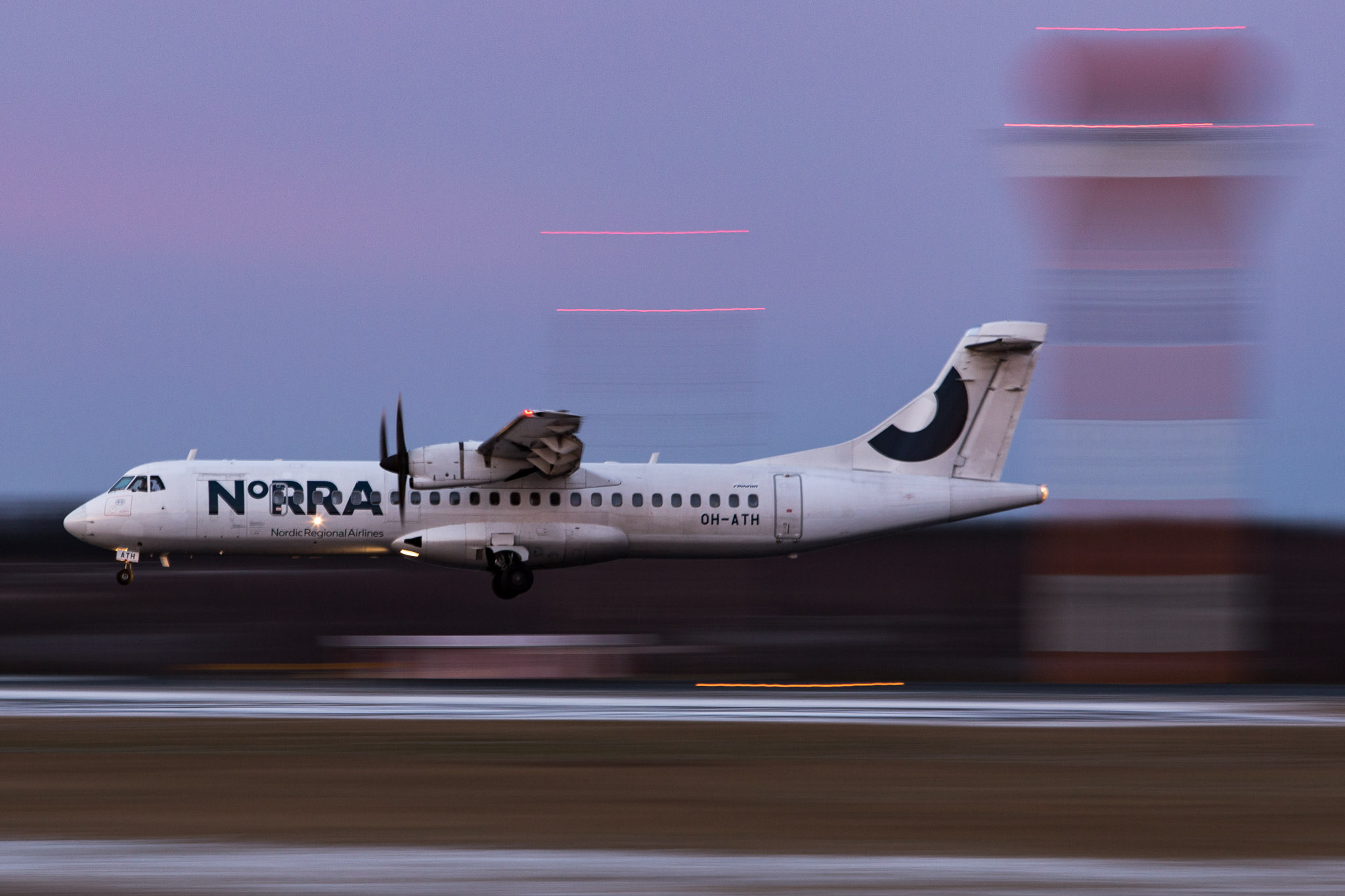 After long period of foggy and cloudy days, last Sunday sun finally came through. Although at this  time of the year in  January, the daylight doesnt last that long, I still wanted to go outdoors with my camera gear to shoot some aviation. In the afternoon when I arrived to Helsinki Airport, there was  some clouds covering the sun, but the light was smooth and nice and, disappearing fast. Because there was only the regular air traffic sliding in Helsinki, I decided  that only way to make a bit different photos was by panning.
For those who are not so deep in photography, panning is called a camera technique, where you follow and focus the moving subject with your camera and use relatively slow shutter speed aiming to keep subject in focus while turning/rotating the camera. When succeeded properly the subject, in my case aircraft, is sharp but both the fore and background are blurry.  Sounds easy, but it isnt at first. The happy thing is that you get better by practise. And doing so is great fun, and sooner or later you will get pretty neat photos where you can sense the speed and movement. Panning is very useful skill for every photographer, no matter if you shoot wildlife, sports,dogs, cars or airplanes. With airplanes it is easy to learn, because one gets very quickly feedback abut the sharpness of the image. 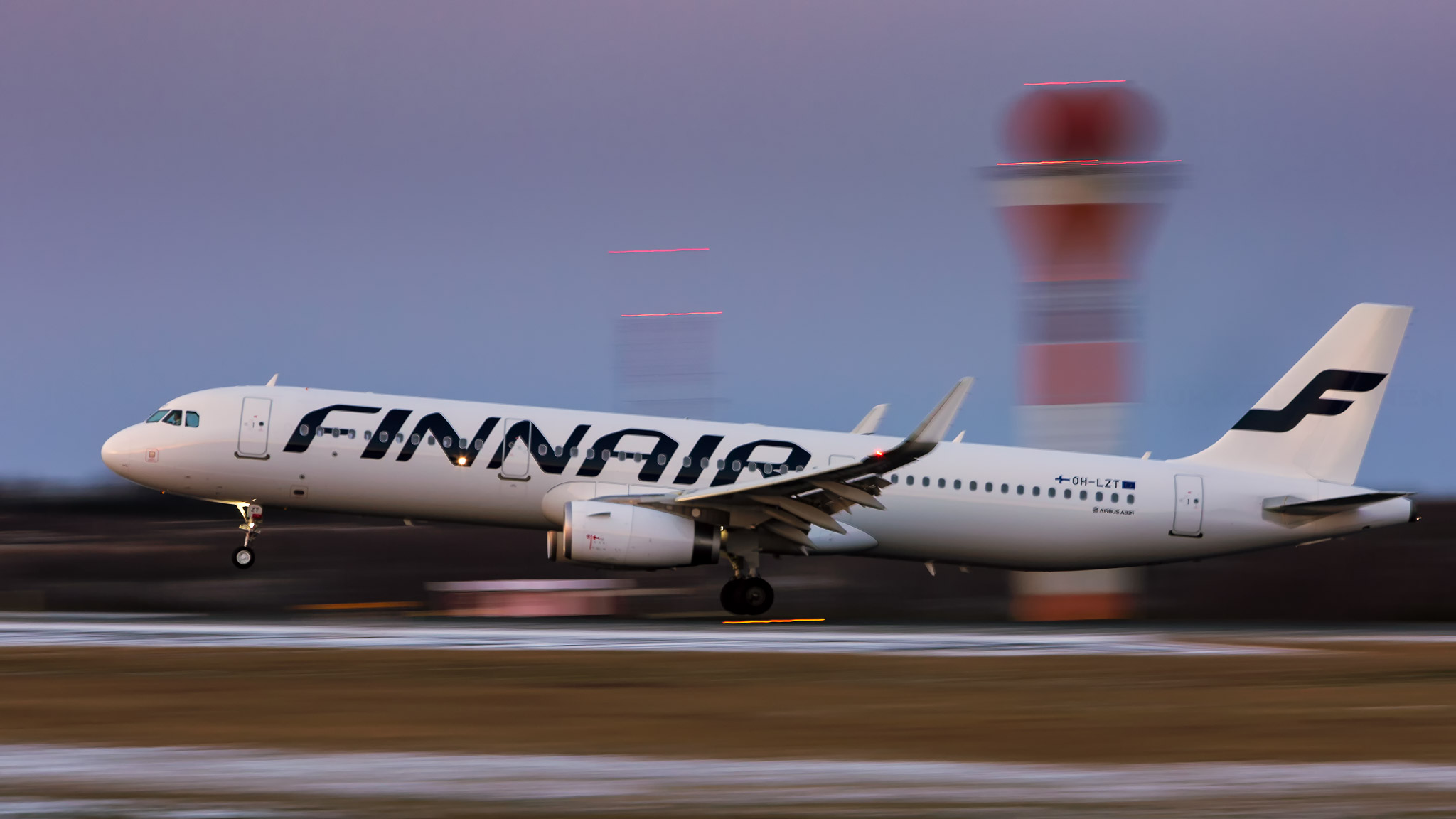 The basics of getting a good panning shot are good balance, steady hands and smooth body control while turning. I tend to stand feet a bit wider than my shoulders, having a good and firm grip of the camera body and lens. I focus on the approaching plane pretty early and just follow it getting closer and closer but not yet releasing the shutter. When the plane almost fills the frame, I start shooting rapid bursts of 2-4 frames at a time. And constantly and carefully just follow the passing aircraft through the viewfinder. Nowadays I use just low frame rate, to prevent having way too many frames to check. But if you are just practising panning it might be a good idea to shoot as many frames in a sec that your camera allows to.  Many times I delete, say 70%, of the panning frames that I shoot, just by looking at the back screen of my camera because those are too blurry. After I have downloaded the remaining files on PC, I check the sharpness, and cut off all the ones that are not good enough. What is good enough then? well, it varies a bit, but I tend to keep the ones that viewer cannot immediately say that some part of the image is out of focus. Of course I would like to have every single spot of the plane pin-sharp, but knowing many times it is more or less impossible, the so called gray area is wide. In “normal” photography the shot is either sharp or not, nothing in between, but while panning I allow to myself some very slight unsharpness. E.g. image above: the wing tips. I think that this  ‘slight unsharpness’ emphasizes the movement of the plane. 🙂 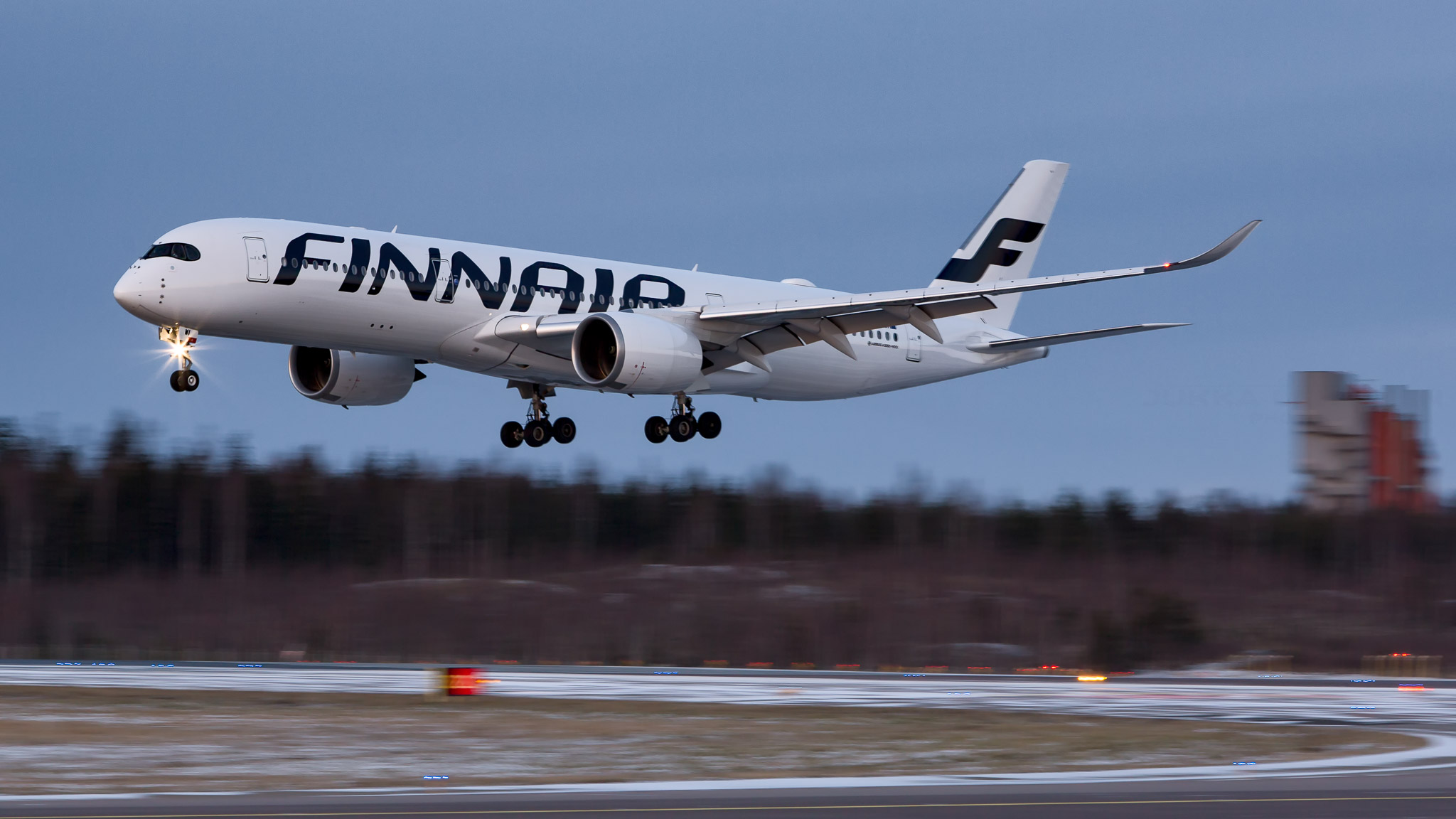 Panning is also a good way to draw viewer’s eye to main subject, because the background does not steal the image.  In Helsinki airport there are a couple of good spot to utilize this technique, approaching traffic on runway 22L and departing (or depending the wind direction, also approaching) on runway 04L/22R. 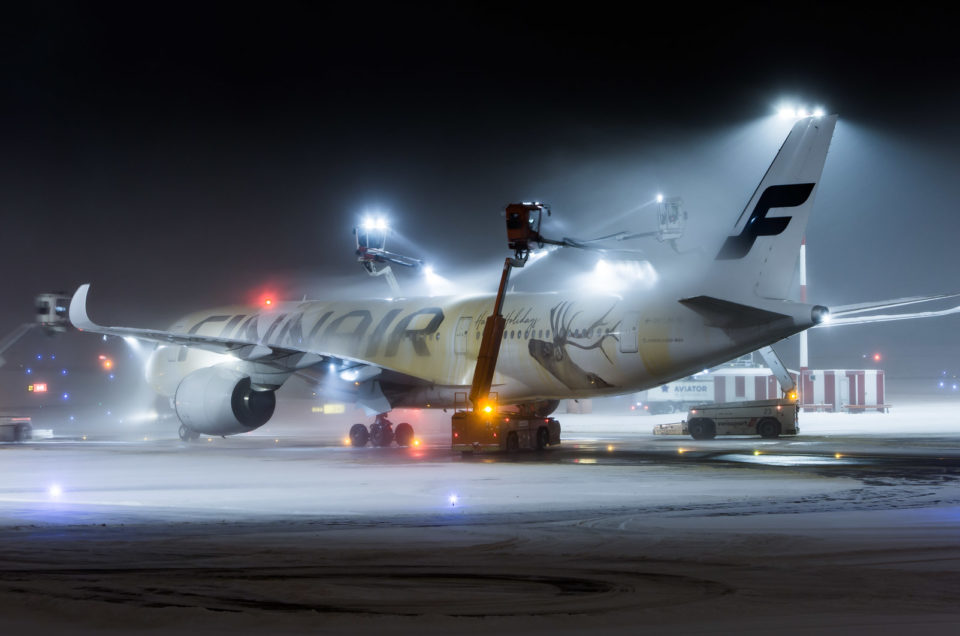 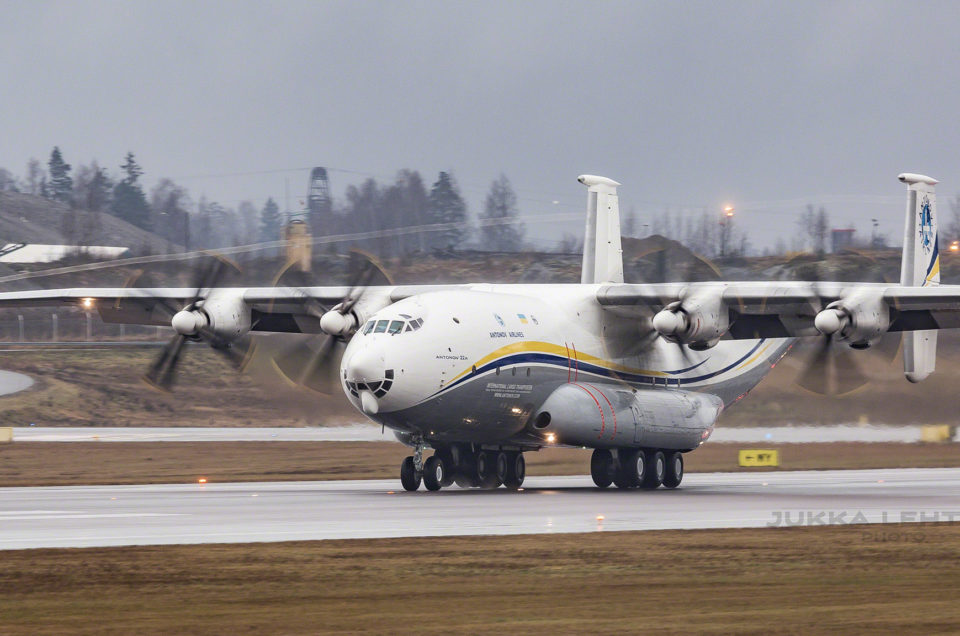 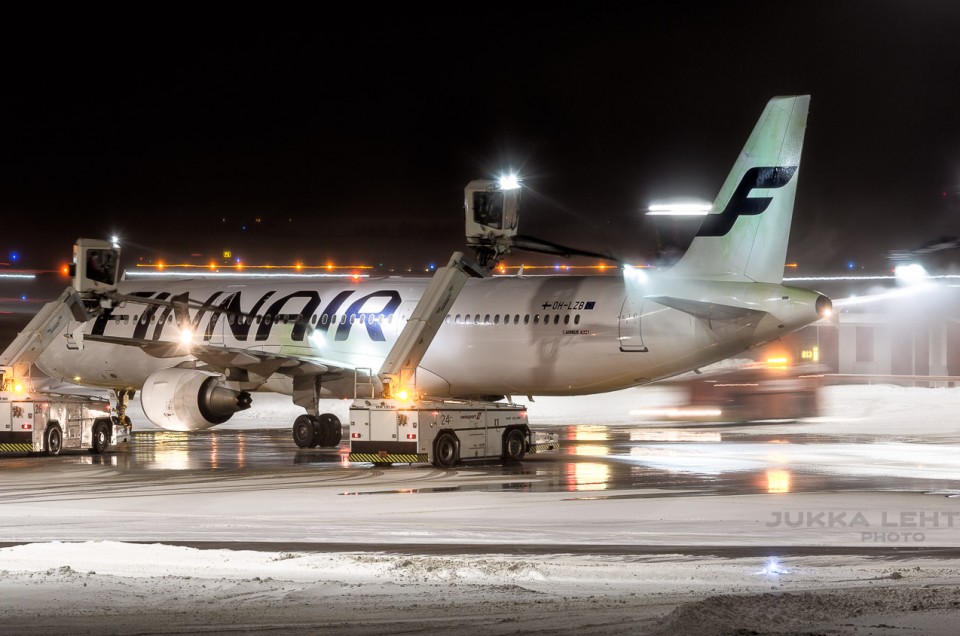